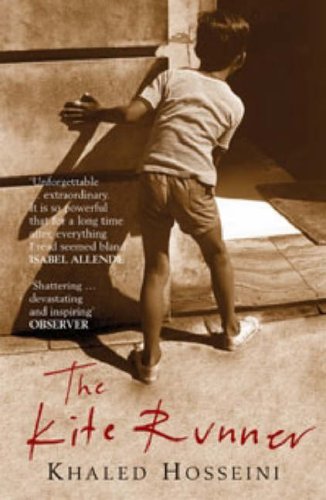 Here are some of my favourite quotes from 'The Kite Runner':

"Children aren't colouring books. You don't get to fill them with your favourite colours."

"Self-defense has nothing to do with meanness."

"God has granted you a special talent. It is now your duty to hone that talent, because a person who wastes his God-given talents is a donkey."

"It hurts to say that," he said, shrugging. "But better to get hurt by the truth than comforted with a lie."

They spoke. "He says this is war. There is no shame in war."
"Tell him he's wrong. War doesn't negate decency. It demands it, even more than in times of peace."

"It may be unfair, but what happens in a few days, sometimes even a single day, can change the course of a whole lifetime, Amir," he said.

"A sign above his desk read, LIFE IS A TRAIN. GET ON BOARD."

'Rahim, a boy who won't stand up for himself becomes a man who can't stand up to anything.'

"A man who has no conscience, no goodness, does not suffer."

"Perspective was a luxury when your head was constantly buzzing with a swarm of demons."

"For you, a thousand times over," I heard myself say."

Rating: ★★★★
More reviews can be found on Goodreads: The Kite Runner.

This novel is about a zookeeper's son, Pi Patel or to be…