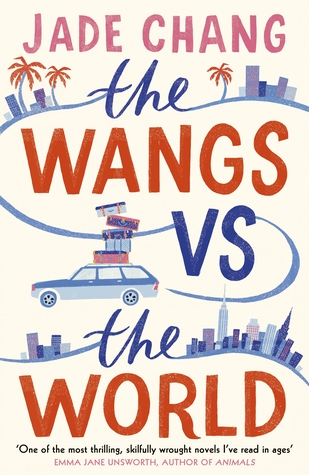 Charles Wang decides to take his family on a trip to China to reclaim his ancestral lands after he has lost his cosmetic empire which he built up since emigrating to the US. But first, they must go to the Upstate New York to get his eldest daughter, Saina. Charles takes his other two children out of schools that he can no longer afford, along with his wealth-addicted wife, Barbra. With all their remaining possessions in a car which he claimed back from his family’s maid, they travel to New York with the hope of getting back to what they had lost.

I should trust my sixth sense when I felt this book wasn’t as interesting as I thought at the first place. Unfortunately, I decided to continue reading it and hope things will get better. When I reached towards the ending, I skipped several chapters and jumped to the last chapter in order to end my torture. I never expect this doesn’t work for me as well. I thought I will get the ending but there were some questions remained unanswered and I have to read backward to get some answers to those questions. In the end, I just have to let go when I tell myself “Life is too short to read a book which is not meant for you. That’s what people always said about relationships. It applies to books as well.” To be honest, I feel so much relieved after I let it go. The moral of the story is if you feel something doesn’t right at the first place, just learn to let it go and you will thank yourself of the attempt and you start to think how stupid of your stubbornness.

Rating: ★
More reviews can be found on Goodreads: The Wangs vs the World.