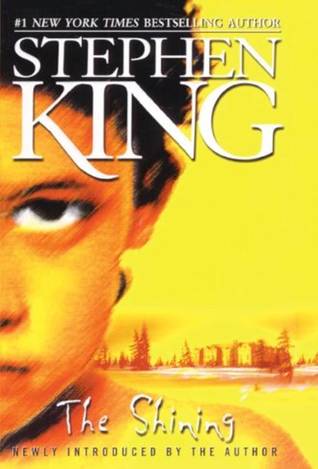 Jack Torrance, an alcoholic teacher who has been recently fired after a fight with his student, is looking forward to a fresh start with his family. He decides to work as an off-season caretaker at the Overlook Hotel, an old hotel but rich with horrific past. He will have plenty of time to spend with his family and work on his writing. However, as the harsh winter weather sets in, the hotel feels ever more sinister and creepy. The change affecting Jack as well but the only one to notice the strange and terrible forces gathering around the Overlook is Danny Torrance, his five-year-old son who possesses “the shining”, an array of psychic abilities that allow Danny to see the hotel’s horrific past.

Stephen King hates the movie although I felt the movie was quite good and I didn’t feel anything wrong about it. Initially. That was the time when I just started reading the book. I read the book’s synopsis and I felt the ending of the movie was better than the book.

Stephen King felt the character ‘Wendy’ is one of the most misogynistic characters ever in the film. According to him, Wendy is just there to scream and be stupid and it’s not the woman that he wrote in the book. I felt the character ‘Wendy’ in the movie has the similar level of annoyance as in the book. In fact, Wendy seems more annoying and dumber in the book. Both my husband and I strongly disliked Wendy in the movie. Even until now, whenever he upsets me or I nag him too much, I will warn him and say “Yea, later I will become the wife in ‘The Shining’” and he will reply “Here’s Johnny!”.

There were so many differences between the movie and the book. A lot of important details of the story didn’t appear in the movie, such as, the hedge animals that come alive and the moving elevators. I’m wondering if this movie will be remade and I guess the hedge animals and elevators effects should be included in the movie shouldn’t be a problem with the current technology.

As I continue reading the book, I loved the story from the book more than the movie. There were a lot of discussions circulating on the Internet regarding this story. It was a brilliant idea why the ‘imaginary friend’ is called Tony and who actually he is. If you can bear Stephen King’s long-winded writing style, I suggest it’s better that you read the book and you will understand most of the missing details and some of the questions which pop up during the movie can be answered in the book. I just knew the woman in the bathtub is not a random woman. It portrays as a random ghost in the movie but actually, there was a story about her in the book. Everyone’s family background or their past have been told in the book in a very detailed manner which increases your understanding of the movie. The movie missed a lot of highlights BUT if you don’t like to read books, the movie wasn’t that bad at all.

I always feel Stephen King’s stories are draggy and I thought it was only me that think in such way until I did a research about it. So, long-winded with details is part of his writing style. I feel he has a lot of characters. Reading his story is like he's telling you that ‘My style is long-winded. I’ll rather long-winded than to miss any details. This is my story and style. If you like my story, you have to bear with my long-winded style else don’t read it.’ I choose to bear with it else this will not be the third book for me. I plan to read all his book in chronological order and I know it sounds crazy but I really love his story plots and admire his creativity in writing. The Shining is my most favorite book from him so far. The ‘Salem’s Lot is the least.

Rating: ★★★★
More reviews can be found on Goodreads: The Shining (The Shining #1).