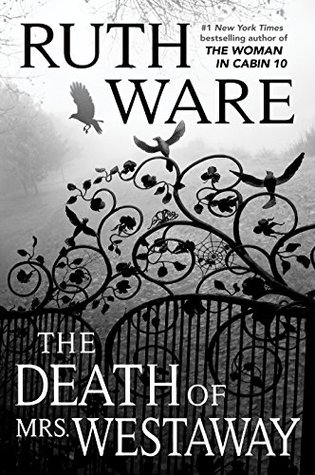 Harriet Westaway lives in a rented old flat and earns her living by tarot reading. While struggling with debt, she receives a letter telling her that she’s inherited a substantial bequest from her Cornish grandmother. It seems this is the best gift for her at this stage, but the problem is Hal’s real grandparents had passed away more than twenty years ago.

She faces a moral dilemma of whether to receive the inherited money or writes back to the lawyer to tell him the truth. The inherited wealth will save her from the loan shark but the name appeared in the letter is not her grandmother’s name. As a tarot cards reader who has cold-reading skills, Harriet has no problem to act as the heiress to claim the money although she knows that she will be committing fraud if she does so.

However, when an unexpected client turns up at her stall, it leaves her no choice but has to take the risk to become a stranger’s granddaughter to pay off her debt.

While she is trying to be cautious with her act, her own choice has trapped her into a situation which leads to a horrible truth about her past. Her worst nightmare arrives after the reading of the will, leaving everyone clueless when Harriet has been left much more than what she prepared to receive.

The story was mediocre for me, but a lot of other readers really loved it. I was expecting an astounding ending, but the dramatic ending was written in an uninteresting way. The author seems trying to include several plot twists here and there to make the story exciting, but unfortunately, it doesn’t work for me. The ending of the story didn’t give a clear explanation about Harriet’s future but keeps describing her emotions and thoughts about her past and the truth which revealed to her after the major incident.

Maybe like what another reader said, the book has so many holes, and people with common sense should stay away.

Rating: ★★
More reviews can be found on Goodreads: The Death of Mrs. Westaway.

What Happened When I Tried to Read 100 Books in a Year?