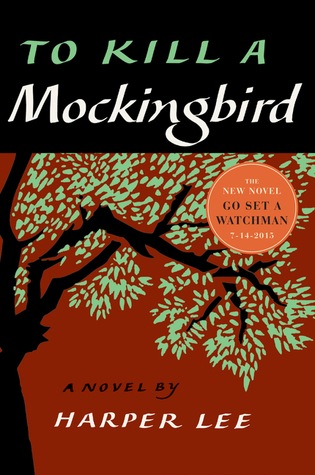 The narrator begins recounting her family history with Simon Finch, who fled England to escape religious persecution and established a prosperous farm on the banks of the Alabama River. The narrator introduces his father as Atticus Finch, a lawyer in the nearby town of Maycomb, a tired, poor, old town in the grips of the Great Depression. Atticus, Jem ( the narrator's brother) and she, plus their cook, Calpurnia live on Maycomb's main residential street.

In the summer of 1933, when Jem is nearly ten and the narrator (Scout) almost six, an unusual boy named Charles Baker Harris moves in next door. The boy, who calls himself Dill, stays for the summer with his aunt, Miss Rachel Haverford, who owns the house next to the Finches'. He is smart and quickly becomes their close friend. When they grow bored with their play, Dill suggests that they attempt to lure Boo Radley, a mysterious neighbour, out of his house.

Arthur "Boo" Radley lives in the Radley Place, and no one has seen him outside it in years. When he was a boy, Boo got in trouble with the law, and his father imprisoned him in the house as punishment. He was not heard for fifteen years until when there was a rumour of him stabbing his father with a pair of scissors. Mr Radley refuses to send his son to an asylum, and his eldest son Nathan moves into the house after Mr Radley passes away.

Dill is fascinated with the story and curious to know how Boo looks like. He dares Jem to touch the house to lure Boo out. Jem does so and quickly runs back, but there is no sign of movement at the Radley Place.

The story leads to the narrator's school life. She shares the story about the different backgrounds of her classmates and also a teacher who just joined the school. She explains the existence of the Cunninghams, the country folks, farmers that willing to stay hungry rather than to let go of their land and they pay with their crops instead of money. Miss Caroline, who is new in the school, still couldn't understand the culture and people around there but determines to try a new teaching method in the school. When Miss Caroline is terrified with a tiny bug crawls out of a boy's hair, she asks him to go home to clean himself. Burris Ewell is a member of Ewell clan, which is even poorer and less respectable than the Cunningham clan. Burris only comes to school on the first day of every school year, making a token appearance to avoid trouble with the law. Before Burris leaves, he makes vicious remarks, causing Miss Caroline to cry.

When Scout or the narrator hears from her schoolmate that her father is defending a black man, she asks Atticus for the confirmation. Her father explains that his client is Tom Robinson, a black man that lives near the town dump and he is a member of Calpurnia's church. Despite the talks and objections from the people in the town, Atticus determines to defend his client and advises Scout to be strong and not to get angry easily with what others said to her.

Although this work was firstly published in the 60s, this story has given us so much to think of. There were so many different perspectives that exist throughout the story. I've never read a story which enables the readers to understand that each individual character has so many different roles to play in their lives. Atticus who is a single father, trying his best to educate his children but also to juggle between his work as a lawyer and also as a brother who often needs to listen to his sister's complaints about his children. Atticus's brother, Jack, thinking that he is doing a great job as an uncle but only realised that he never try to listen from Scout's point of view and admitted that maybe he will never understand children. Jem tries to show his authority to his sister due to his role as an elder brother, but in a different role as a son, he shows tremendous respect to his father and also behaves mischievously as how his age should be. Jean Louise, who is still young to understand most of the things but pretend that she knows them all. Although sometimes, she gets annoyed with Jem's behaviour, she still loves her brother and her brother always trying his best to protect his sister.

I loved the different perspectives of how innocent children view the case without any impurities of mind and adults that had seen, heard and been through a lot in their lives to the extent that they have to accept how things happen as it is and no longer has the reasoning capability to define what is right or wrong. Of course, another essential part of this story that we need to understand is white people's views about black people and vice versa. This is an excellent story for any non-Americans to understand the history of race, ethnicity and cultural diversity in the United States. After all, this story is loosely based on the author's real life. That's a lot to ponder, especially how history has shaped how the current generation of Americans reacts and their thinking about racial issues and equality.

Rating: ★★★★★
More reviews can be found on Goodreads: To Kill A Mockingbird.

This is one of the best graphic novels I've ever read. Wow.…

The Case Against William, Mark Gimenez

William Tucker, number twelve, was the senior quarterback for the Texas Longhorns.…