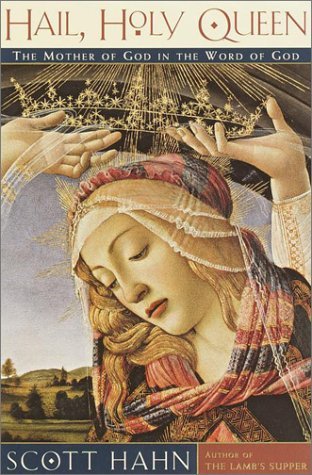 I admit that I wasn't entirely convinced with some of the things mentioned in the book. However, I always believe that Mary deserves the utmost respect and honour from all Christians. I feel it's ironic if some Christians reject Mary because as it stated in the Bible, Jesus was conceived and born by his mother, Mary. If they love Jesus and believe in Him, why they don't love or honour His mother? It doesn't seem to make sense that someone accepts Jesus but not Mary. Since Mary bore Jesus, does it means the person is rejecting Jesus if the person doesn't accept Mary? After all, without Mary, there is no Jesus, and nothing is redeemed. Jesus declared that those that follow Him are His brothers and sisters, and one of the commandments is to honour your father and mother. If a Jesus's follower doesn't accept Mary, does it means that the person is rejecting his or her mother?

Although this book wasn't what I expected, I felt this is interesting to read, which gives us a different perspective and an in-depth understanding of Mary. This book explains in detail about the importance of Mary from Catholic's point of view, Catholic's devotion to Mary, and not worshipping or adoration as what others always thought about Catholicism.

The only thing that didn't convince me was the interrelation of the scriptures. I agreed with the pattern which exists between the New Testament and the Old Testament, but it feels like I need something more convincing than that. I 'don't know why. I need to read and think more about it.

Rating: ★★★
More reviews can be found on Goodreads: Hail, Holy Queen: The Mother of God in the Word of God by Scott Hahn.

The Woman in the Window, A.J. Finn

Anna Fox is a child psychologist who is experiencing agoraphobia, leading her…