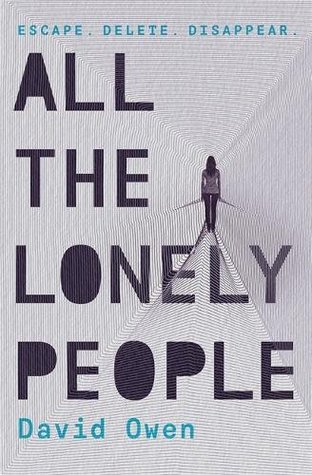 Loneliness could make you reach out for company in all the wrong places, or make it seem as impossibility, even if an outlet was staring you in the face. There was comfort in being alone, unable to disappoint or be disappointed by others. Tell yourself enough, and it's not hard to believe that's the best you're ever likely to get from the world.

Wow. The beginning of the story is very well-written with the first chapter directly jumps to the main focus of this book, which is online bullying. Kat used to have an online personality full of confidence and charms. She loves her online character that can hide her real identity from the real world. As time goes by, she begins to think her online profile is her real identity than the one in real life.

But recently she has to remove all her social media accounts due to the alt-right trolling campaign which is targeting her. The final move which pushes her to disappear from the online world is to remove her website. After Luke, Wesley and Justin edited a photo and turned it into pornography, they posted the picture on her website and sent the link to the entire school directory.

I liked how the author put a different perspective on both sides from the very beginning. At least we know why Kat is being targeted and what drives the guys to have such idiocracy of courage to do such thing although Wesley was acting anxiously before posting the photo.

So, in this story, Kat started to express her opinions of a famous local Youtuber called TrumourPixel about misogyny and toxic masculinity. TrumourPixel runs a gaming and pranks channel and is everybody's favourite in school. Wesley, Luke and Justin teamed up to take Kat down because this was an opportunity to prove themselves. Even when Kat started experiencing panic attack after she saw the photo, Wesley felt that she is just acting like a victim. He knew this because TrumourPixel said so. This is another great point of view of showing us what kind of mentality that the current teenagers are having, which slowly shaping them to become a bully. And the worst thing is they have no idea what they are doing and unaware of the consequences of their actions which can relate to a matter of life and death.

Then Kat rushes out from the classroom and hides in the toilet. Wesley, who is trying to deny his guilt, also rushes out from the room to look for her. Hearing the screams from the toilet, he tries to peek inside, but nobody is in the toilet. Although Kat is saying something to defend herself and standing in front of him, she is invisible to him. She leaves the building and runs back home but finds a scrawny message on the back of her dress. Someone saw her and the note asks her to contact contact@thelonelypeople.com.

Wesley has taken Kat's laptop and had been looking for her everywhere since then, but she seems missing from the world. Meanwhile, Kat is finding the reason why she is fading away. She has to meet lonely people who know her current state.

The person who invited her to the group is named Safa. She is fading away as well, but both can see and feel each other. 'The Lonely People' has three other members who are interested to learn how to fade out from the world, but they can't see Kat and Safa. Kat saw Wesley is at the meeting although Safa didn't send any invitations to him. According to the other three members, they knew someone in the school who just suddenly disappeared, and nobody remembers him. The family continues with their life and accepts the disappearance as a normal thing. The purpose of fading away is to allow somebody to choose a Cradle, a host person to reside in before their own body ceased to exist.

Meanwhile, Wesley works together with 'The Lonely People' members to find out the truth about the fading and disappearance. Although he has his struggles with his relationship with family and also peer pressure, he still can't forget Kat, and his guilt motivates him to do the right thing. Kat isn't sure whether the current state will be better for her so she can do whatever things that she never has the courage to do before this. However, when the world just only between her and Safa, she realises the meaning of real communication and appreciates the true friendship that she never had before she vanishes from the world.

I can't believe I will give a high rating for this book since I wasn't fond of Kat's online feminist movement and Tru's extremism in attacking women online. But unfortunately, this is how the world goes right now, and it's sad to see it every day. The author did a great job in accurately highlighting how our modern society deals with problems such as cyberbullying and political correctness. Using this book as a reference, I wonder fading out will 'cure' some of the youths to see more of the outside world and appreciate their relationships and communications with people around them. This book delivers a compelling message to the younger generations and also something worth for the readers to ponder; what if one day we faded out from this world and people around us continues with their lives but struggling to remember anything about us?

Rating: ★★★★
More reviews can be found on Goodreads: All the Lonely People from David Owen.

The Couple Next Door, Shari Lapena

One-Sentence Summary: Family members trying to get more money to save their…

Gene Eating: The Science of Obesity and the Truth About Diets, Giles Yeo

Obese people are not lazy, or weak, or morally bereft; they are…