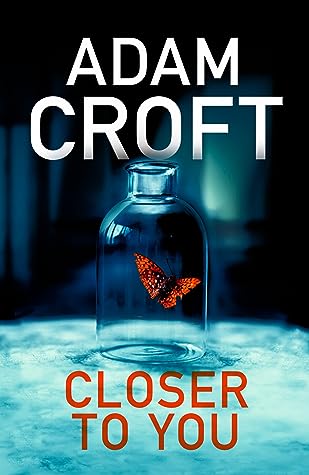 It's all begins from a Tinder when Tom sends a message and initiate a conversation with the narrator. She is attracted by his charm and believes he may be the one for her. On the first date, Tom reveals that he had a daughter on his previous marriage. His wife had left him, and he failed to track down his daughter. Despite his family left him and the death of his parents, the narrator feels Tom has a lot of positivity in his life.

Throughout the story, there is a small part of Tom's thoughts about the narrator, which later reveals that her name is Grace. He sounds protective at the beginning, but it wasn't that kind of sweet caring that you are looking for. I liked to read Tom's interior monologue, which filled with creepiness, and it planted the doubt on the reader. It gives you the feeling that something doesn't seem right or too good to be true for Grace.

It makes me wonder what you will think if both your close friend and your parents see something that you can't see about your partner? And whenever he is talking to your friend or parents, something terrible happened. Ironically, he hinted her about trusting her gut. She senses something not right, but she fills herself with all the good things about him. I think I will end the relationship after he reported to my friend what I said about her and the playground scene. I can't stop thinking and analysing all those things that happened to me. But well, I can just say it here because I'm reading a story of someone else and I'm not the person herself.

It was a decent story, nothing spectacular that I can explain further about it. I wish the storyline has more powerful or interesting side stories to back it up. The suspense is there, but I feel it's not sufficient enough to push the story to a higher or the highest level. The worst thing is the ending has damaged the entire story, which is already in a static state. The last two chapters seem unusual and totally out of style from the whole story. It gives me the impression that the author seems has no idea how to end the story and decided to put a bunch of irrelevant philosophical ideas into it. Although it is predictable what will happen to Tom and Grace, I wish more effort were put into the ending instead of summarising their life in a strange philosophical manner.

Rating: ★★ (2/5)
More reviews can be found on Goodreads: Closer to You by Adam Croft.

Where the Wild Ladies Are by Aoko Matsuda