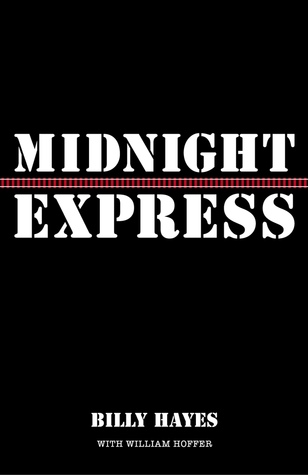 Billy Hayes was arrested at the airport in Istanbul trying to board a plane while carrying four pounds of hashish. The story begins with the airport scene and leads up to his arrest by the Turkish soldiers. I liked how the story starts with no-nonsense about his childhood or life before Turkey.

Initially, Billy never thought smuggling hashish bears a similar severity as heroin or other illicit drugs. When an American stranger came and drove him to a police station, explaining the seriousness of his crime, Billy only realised that he is in huge trouble.

Inside the prison, Billy still feeling hopeful about returning to America, but at the same time, he was terrified of life in the prison. He believes that his crime doesn't deserve heavy imprisonment, but in reality, there is nothing impossible in Turkey. Relief came when his father flew in from New York and hired the top criminal lawyers in Turkey. I felt grateful that his father was so supportive and forgave him after such a big mess. Unfortunately, due to the language barrier and other various factors, Billy still remained in prison. During his unfortunate time, the only bright side was probably the friends he met since the first day of his imprisonment.

Throughout his life in prison, several twists were occurred in his case, from being promised his freedom to feeling hopeless for his life sentence. After five years of his family's continuous efforts to gain his release and endless escape plans, Billy finally took matters into his own hands. On a heavy stormy night, he began a desperate and courageous escape to freedom.

The first book sets in a small fishing village located in Yeongdo,…