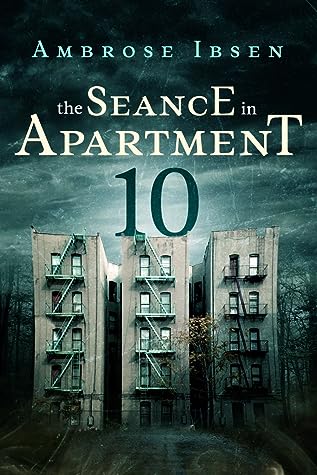 Victoria, known as Tori, is a nursing student who has just moved out of the college dorm. She plans to rent a studio apartment and wants to take a summer course so she can graduate sooner to work to reduce her father’s burden. When Tori is interested in a tiny studio apartment that is shabby and poorly maintained, her father tries to talk her out, but she insists on renting the place due to the cheap rent. The building is deadly quiet, especially during summer. According to the landlord, many students already moved out due to summer. Besides Tori, there is another resident on the second floor.

Three friends of Tori plan to have a housewarming party and a stay over during the weekend. One of her friends, Cat, suggests playing the Ouija board to interact with the spirit from a different world. They decide to call Tori’s mother, who has passed away two years ago. Tori is uncomfortable and unconvinced with the idea, but she plays along with it. Although the Ouija board reveals a secret that only known within Tori’s family, they don’t believe in the ability to communicate with the dead except Cat. However, when that night turns into a traumatising event, Tori no longer feels the apartment is liveable since that night. Is there really "something" or "someone" else living with her?

It can be a touch of scariness or maybe not at all, but it’s definitely not sufficient to be categorised as horror or creepy. Occult believers are probably more suitable than me to give their thoughts about the story. It’s a simple short story to read. The bad thing is none of the characters in the story is to my liking. I don’t know why everyone seems so pushy and stubborn for their own reasons.

Sleep Over: An Oral History of the Apocalypse by H.G. Bells

Mira Roskova, a twenty-three-year-old model, is famous for her beauty and the…