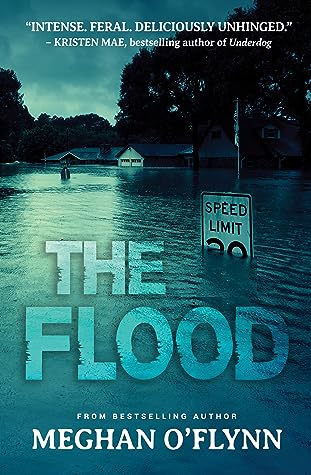 A girl traps with her brother while their father is dying due to the collapsed roof caused by the hurricane. Under the collapsed house, they are trying to survive until someone finds them. At such a critical moment, the brother tricks her into doing something horrendous, which affects her entire life.

Seventeen years later, the story focuses on Victoria, stranded for three days, sitting on top of Chad's family home in Louisiana. Another house is apart by a mile of farm. They haven't eaten for three days, and they drink rainwater to avoid dying of thirst. The water still rising under the darkened sky. There is a prediction that a second hurricane is coming soon.

Then, a woman named Windy comes to help them with her boat. She brings Victoria and Victoria's husband Chad to a bunker that she has recently fixed for shelter. There are six people in the bunker, including Victoria and Chad. Victoria is always full of anger, whereas Chad is calm and reserved. Nick has a filthy mouth and likes to stir trouble within the group. Earl is a war veteran who is grumpy and racist. Olivia seems optimistic and the most logical among them. Carter is a naive young guy who has no preparation for the worst.

When they are unpacking the provisions, they only realise the packaged food is inedible. The water smells like vodka, and there are probably rubbing alcohol. Victoria starts to wonder why the bunker is locked from outside. And why everyone has a different version of stories about Windy?

I couldn't stand with Victoria from the beginning until the ending of the story. She is full of rage and belittling others all the time. She always thinks that others are useless and have no contributions better than her. There was a part when she just wakes up and wonders how Chad can sleep during such a crisis situation. She blames everyone for whatever things that they do or even for doing nothing except herself. Another ridiculous part was Victoria has the strength of getting angry with Chad and questioning him about her brother Philip when she is in a dehydrated state. Being unappreciative of the water offers by Chad is one thing. But when Chad asks her whether their relationship will be fine, she feels that he doesn't make sense of thinking such a matter when they are locked in an underground bunker with a dying man lying nearby to them. This is just one of a few examples, and a few other things seem unreasonable or wrong on so many levels.

I felt disappointed because it was an intriguing story, but the main character has nothing admirable to be mentioned here. Maybe the author is building a character who is frustrated and flooded with delusions during a desperate situation. If that is the author's intention, I felt it has ruined the character because she's getting more annoying as the story goes further. The monologues were confusing. There were uncountable repetitive descriptions about the sound, the feelings and the surroundings. I assumed the author tries to build up the suspense and raise the suspicions for every character, but the continuous accusations are getting more exasperating.

I wish the ending can be sooner as the story is getting more draggy. There were so many questions in my mind, and I'm confused after reading the book. As if Victoria just suddenly traps in the bunker, and out of nowhere, she finds a way out after countless days, even though I had read the entire story. Maybe I have understanding issues, or I was trying to finish it in a hurry, rushing myself from the sea of descriptions? Some characters have connections with another character in the past, but they can't recognise them in the bunker. What? Or it's just some plot twist that the author tries to create to excite the readers?

Also, I'm thinking maybe the author is creating a superwoman character or a strong woman. If that is the case, it doesn't mean a strong character has to use profanity to show how strong she is. It can be better. I'm not saying she can't use profanity in her story, but it seems inappropriate and degraded the quality of the story. It doesn't demonstrate her as a strong woman but more to someone that everyone will hate. Usually, authors try to protect their superwoman as a favourite character until the end. For me, it's like the idea is extraordinary, but unfortunately, the usage of foul words had cheapened the idea.

The Lord of the Rings by J.R.R. Tolkien

A Manga Lover's Tokyo Travel Guide: My Favorite Things to See and Do in Japan by Evangeline Neo

As a casual illustrator, I love to read any illustrated travelogues to…