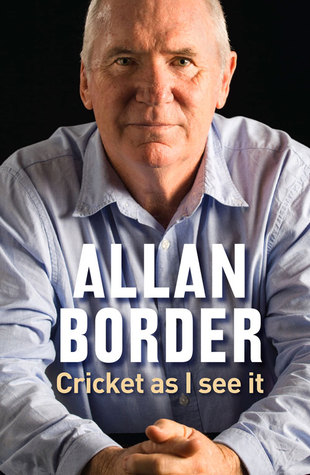 I just started watching cricket in recent years, and there are still many things to learn about it every day. I felt embarrassed that I only knew Allan Border through his commentary. At that time, my first impression is I really liked his insights and calmness in expressing his thoughts about the match. When I watched some of his past achievements and learned that his nickname 'Captain Grumpy', I felt amusing with the difference in his personality between his younger times and current age. I really can't believe he was a grumpy man during his younger age because he is so calm and patient throughout his commentary time. Probably that's the reason I feel he is a fascinating person. He is like a father figure to anyone, where you will just nod your head when he offers his advice to you.

One of the greatest Australian cricketers, Allan Border, shares his thoughts about modern cricket and Australian cricket culture during his professional career. I totally agree with him that people treat chat and sledging are the same during these modern days. It seems nobody knows the difference between chirping and sledging. I really liked his humility and honesty in pouring his heart out of what he thinks without reservations. Anyone can disagree with what he said, but they can't criticise him because he expresses his opinions about modern cricket and compares it with the older times. As stated in the book's title, that is how he sees cricket.

I always wondered whether Allan Border accepts the Twenty20 format after hearing a few past cricketers strongly disapproved it. I'm surprised that he is very open-minded and enjoys the short format even though he admits he is a Test cricket guy. And he convincingly explains why he doesn't like switch-hitting and the challenges of the format that made him has so much respect for the modern cricketers. Another story that I really liked is that he went to the wrong dressing room after being bowled out. He cursed the English team and realised he was in the English team's dressing room and the reserve players cowering and wondering what he would do next.

It's so unreal reading the praises about Shane Warne at such a time after he just passed away a few weeks ago. This book was published in 2014, and a brief moment made me wonder whether those praises are in tributes to Shane Warne. It was shocking news for the entire cricket world and must be even more challenging for his fans.

As a cricket newbie, I tremendously enjoyed reading this book, having the opportunity to know more about the history of Australian cricket and how one of the greats in viewing the evolution of the cricket. I liked his modesty despite his fame in the cricket world. He never sees himself as a better person and admits his shortcomings whenever he feels it is his fault. The last thing I really wanted to highlight is the memories shared by Dean Border about his father. It was beautifully written from the perspective of a cricket legend's son.

The Running Man by Richard Bachman