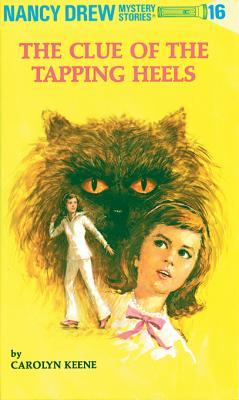 Nancy and her friends, Bess and George, travel to Berryville to solve the mysterious tapping sounds in the walls at night at Miss Carter's house. Once they reach Miss Carter's place, they find out another mystery is waiting for them: to catch the thief who has stolen Miss Carter's Persian cats.

As they are investigating both cases simultaneously, Nancy faces several dangerous threats, including being trapped in a room during a fire and a bomb being planted under her car. Like Ned said, "You don't seem to be safe anywhere". And we also get to know that Mr Drew knows how to dismantle a bomb, and Nancy knows Morse code.

It's more adventurous than the previous story, and it adds some excitement to the story. This time, Nancy seldom abandons her friends and faces more uninvited dangers. Usually, Nancy goes into trouble, but they go after her this time. The police seem very busy answering Nancy's call throughout the story. I felt the series of adventurous incidents had reduced the dullness of the story.

I just read the story's original plot (1939), which clarifies why I have some problems understanding the storyline. Probably the revision had removed some elements from the original story.