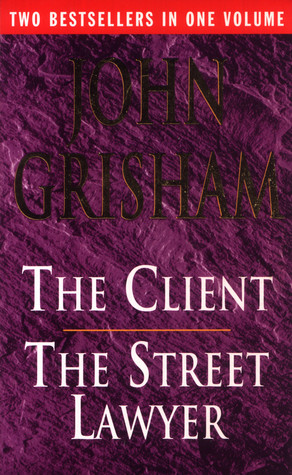 The story starts with a lawyer who was held hostage in the law firm. The hostage experience leads him to start to recollect himself about his life and career. During the critical situation, the lawyers are being questioned about their annual salary, taxes and the most important thing is the charity work. They were held by a homeless man who concerns about the lawyers' contributions to the charity fund.

As time goes by, he starts to feel that his current job is not what he really wants. He quits his high salary job and rather works as a street lawyer. His clients are no longer rich people that pay for luxurious dinner and first-class flight. Instead, his clients are homeless people who talks about their past stories, how they end up homeless, and they really need a legal advice since they are too poor to hire one.

The lawyer found his life direction when he works as a street lawyer and he thinks more from their point of view.

Here are some of my favourite quotes from the story:

"I didn’t dare think of the future; the past was still happening."

"Few things can keep a big-firm lawyer from the joys of hourly billing. Sleep is one, though most of us slept little. Eating actually encouraged billing, especially lunch when the client was picking up the check."

"'What's that supposed to mean?'
'Means I’m tired of what I’m doing.'
'Welcome to the real world. You think the guy working a drill press in a factory doesn’t get tired of what he’s doing? At least you’re getting rich.'"

"For Mordecai, half of the practice of law was bullying and barking."

"Poverty lawyers are no different from other people. They can find romances in odd places, like a shelter for homeless women."

"I didn’t dare think of the future; the past was still happening."

Rating: ★★★
More reviews can be found on Goodreads: The Street Lawyer.

If you never read this story before, you will never know that…

Here are some of my favourite quotes from the book: "It’…