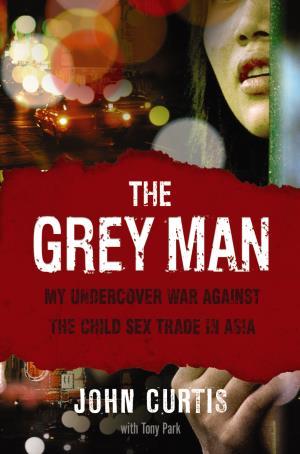 I felt this book is worth for reading to understand more about another side of the world especially social issues such as how child trafficking happens, what causes the problem of child trafficking and sex slavery, and is there anyone or organisations really care to handle all these social problems.

When I was reading this book, it wasn't too hard for me to understand the difficulties that they were facing when working with the locals in Thailand or other Southeast Asia countries. If you come from one of the countries in Southeast Asia, it's not that difficult to understand the situation when you are reading something related to your country or your neighbouring country. I totally can understand the frustrations that the author used to experienced when he was working in some of the countries in Southeast Asia. Sadly to say, sometimes, we already get used to it or have to accept with how the system works.

Based from my experience, I can easily understand the difference of the working culture between Australia and Southeast Asia countries. It's easier for an Australian to get the things done on time whereas we have a lot of unexpected limitations to complete a task. Unfortunately, we have to get used with the limitations because there are no other better ways that can be done at that stage to improve it even though we know that the improvement is necessary and important to us. Some of the main issues happening in Southeast Asia countries especially in Thailand which are pointed out by the author in this book are prostitutions, underage sex, child trafficking, and corruptions.

What I like about this book is the truthfulness of the story. Some authors are telling real stories too but they will make up some other stories to increase the popularity of the book or to impress the readers. However, I don't feel any fabrications in this story. Besides that, I like how the author expressed his thoughts openly about NGO organisations without hiding the truth behind of it. It's also good for us to know more about how these organisations work especially if we are giving donations to NGO organisations and it's our right to know whether our money is being used in an appropriate way. I was surprised to know that some organisations prefer to keep the information to themselves rather than to share it with other organisations.

I have listed down some of my favourite quotes from the book:

The other analogy I'd heard used was that it was better to build a fence at the top of a cliff than to have an ambulance parked at the bottom to treat anyone who fell over the edge.'

I've always been someone who stays in the background, just getting on with whatever needs to be done without drawing attention to myself. There's a term for it in the army - the grey man.

The grey man doesn't seek glory or medals or praise, and nor does he volunteer for things unnecessarily. He keeps a low profile in the team or unit and just gets on with his job. That was me. I wasn't a shirker, but I didn't want to stand out either.

He's got a very philosophical bent and he and I have spent many an hour in girly bars and other dives pretending to be paedophiles, but actually talking about life, death, Buddhism, karma and life after death. He often berates me for dragging or sending him to the world's hellholes, but he loves it.

I've got a favourite story from my martial art studies. It concerns a young Korean boy whose father is attacked by some thugs. The boy goes to a martial arts master and tells him he wants to learn to fight so he can get revenge against the men who have hurt his family. The master draws a line in the sand. 'How do you make this line shorter?' the old man says to the boy. At first the boy scores a deep slash across the line, breaking it in two. He looks at the master, but the old man just shakes his head. Next, the boy uses his foot to rub out half of the line but again the master tells him this is not the way. 'What do I do?' the boy asks in desperation. The master smiles at the boy and uses his stick to draw another line in the sand longer than the first time. The original line is now the shorter of the two.

Don't try to cut someone else's line - make yours longer.' This story has been a guiding influence in my life, and it's still the philosophy Russell and I use for The Grey Man today.

Rating: ★★★★★
More reviews can be found on Goodreads: The Grey Man.

This novel is about a zookeeper's son, Pi Patel or to be…