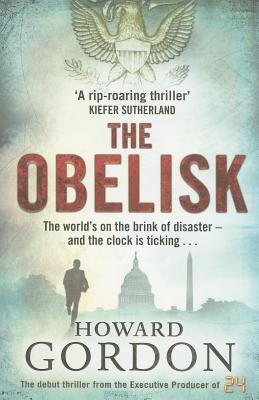 The Obelisk tells a story of Gideon Davis, a peacemaker being assigned to the jungles of oil-rich Mohan by Earl Parker; to negotiate with his brother, Tillman. However, plans started to go awry when a multi-million dollar oil rig, the Obelisk, has been seized by terrorists and Tillman seems to be the one behind all of it. As time is getting critical, Gideon has to risk his life not only to save his brother, but also the rig and the world.

I feel the story is more suitable and interesting if it is made into a movie or a computer game than a book. I'm not a fan of stories in politics and terrorism. Thus, this book is not one of my favourites. I feel some of the descriptions in the story are overly detailed and irrelevant. It would be easier to understand if the story can be expressed in a movie.

Rating: ★★
More reviews can be found on Goodreads: The Obelisk.