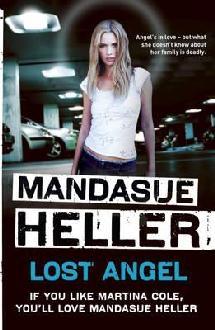 This book is about the story of Johnny Conroy from the day he meets Ruth Hynes. Nobody dares to approach Frankie Hynes' daughter except him and due to this reason, Ruth will never let him go no matter what happens. Ruth lies to her father in order to keep Johnny to her side. There is no way for Johnny to escape from it and this causes him to involve in their family business, which is stealing cars. The story proceed to the next stage where they have a daughter with the name Angel. Angel grows up and meets Johnny's new employee Ryan. They love each other but it's not as easy as they thought if they want to get together as there are more family secrets behind them which affects their relationship as well.

When the first time I read the synopsis on the back of this book, I feel it's an unusual and interesting story. The plot really grips the reader and I was reluctant to stop reading it. I was really curious to know what will happen next when every time I read the book. However, I personally feel most of the characters in the story have a messy life and there are a lot of lies or hidden secrets among them. Anyway, it's undeniable that the writer is very skilful and the readers are distracted from all those negativities just because of the interesting plot which really captures their curiosity to continuously reading the book.

Rating: ★★★★
More reviews can be found on Goodreads: Lost Angel.

The Obelisk tells a story of Gideon Davis, a peacemaker being assigned…