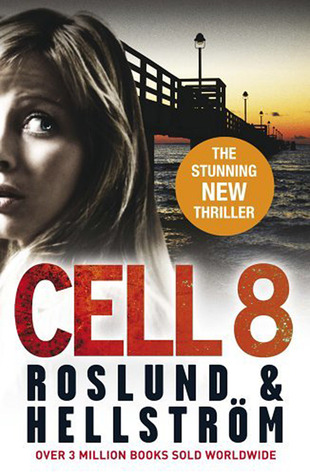 John Meyer Frey was sentenced to death at 17 in Ohio, for the murder of his girlfriend which he didn't commit. After ten years, he suddenly dies in his cell and no one suspected anything about it. Six years later, a singer on a cruise ship in Sweden is arrested for assault. Ewert Grens and his team are responsible for the case. The team is shocked with the real mystery hidden behind of the case when they found out that the man surpassingly no longer exists in the world. Why he didn't die in the cell in Ohio six years ago? How he can extend his life for another six years? What will be the ending for John Meyer? How Ewert and his team handles the case?

This is the second book that I read which wrote by Swedish authors. The first one was from Stieg Larsson. I'm getting more interested to read more books from Swedish authors especially crime stories. Their stories are always unique and unexpected. I'm looking forward to read other books by Roslund-Hellstrom. The story has an unexpected ending which makes it even more fascinating. I will definitely recommend this book to others.

Rating: ★★★★
More reviews can be found on Goodreads: Cell 8.