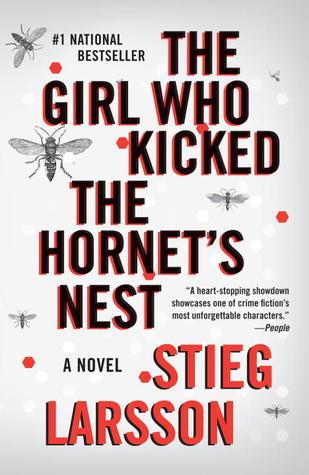 Although the fourth Millennium novel will be published in 2015, I don't have the interest to read the fourth novel as it is written by a different author. I personally consider the third book as the final novel in the series and treated fourth novel as it never exists or heard of it. The fourth book will be written by a different author in a new style. The story is not based from the 200 pages left by Stieg Larsson in his laptop. I just want to keep a good memory with this series. The new author will have a different writing style and the story probably has a vast contradiction from Stieg Larsson's wish. I personally feel The Millennium Trilogy should only belong to Stieg Larsson and the fourth novel should not exist at all. This will bring more appreciation for his work and even if fourth book does exists, it should be based from the 200 pages which he had wrote in his laptop before he passed away. How I wish his partner, Eva Gabrielsson has the rights to complete the book. Eva has spent most of her life with him and I'm sure she knows what kind of ending that Stieg Larsson wants for his book.

It does sound an appreciation or publishers just try to put in a nice way to publish the fourth novel for the tenth anniversary of the first book but I feel it's just a publicity and commercialisation after the success of the series. I agreed with what Eva said. It's 'distasteful' and 'greedy'. If it's not for greed, why the intention of publishing fourth book wasn't mentioned at the first place and they wanted to make it on the tenth anniversary? Will they plan to publish the fourth book if the first three books never achieve a big success? I wish fourth book never exists in the world.

Rating: ★★★★★
More reviews can be found on Goodreads: The Girl Who Kicked The Hornet's Nest.

And the Mountains Echoed, Khaled Hosseini

In this third book, Khaled Hosseini has a different narration style compared…

The Girl Who Played with Fire, Stieg Larsson