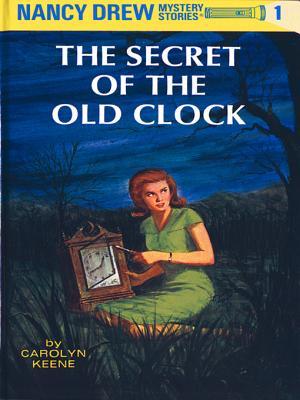 Nancy Drew is the daughter of Carson Drew, one of the well-known lawyers in their hometown, River Heights.

One day, as she drives on the street, she sees a little girl falls into a river. Luckily, she able to rescue the girl and brings her back home. From there, she learns that the little girl is raised by her two great-aunts, the Turner sisters, since her parents had passed away. The two great-aunts wish they will get some money left by their father's cousin, Josiah Crowley, as he promised he will put their names in his will. Unfortunately, this does not happen according to what being promised. The executor of the Crowley's estate has been assigned to Richard Tophams, one of his cousins. Richard claims that Josiah has left all the money to him. This seems suspicious and Nancy decides to investigate further on this matter.

Later, she realizes that besides of the Turner sisters, Mr. Crowley has made the same promise to the Hoover sisters, the Matthew brothers and Mrs. Abby Rowen that he will put their names in the will. Also, before Mr. Crowley passed away, he told Mrs. Abby that he had written a new will and hide it in a safe place.

This is getting more mysterious and Nancy plans to locate for the existence of the later will so that the beneficiaries will be able to get the money to realise their dreams and also for their living expenses. Will Nancy able to retrieve the later will in the end ? Does the new will really exists and if it does, where it will be? Will the Tophams able to keep the money in the end?

I've heard the name of Nancy Drew series since I was in high school but to be honest, I never read any of them as I wasn't a bookworm or a book addict comparing to now. As I keep reading the book, I feel regret that I didn't pick up many books when I was a kid especially famous children books such as this one. I know it's not too late to start reading it but this will take some time to finish up the whole series. I really like the story as it's simple and enjoyable to read. I was a bit impatient when it comes to the ending part when her father is revealing the content of the will. Although I know there are no perfect stories in this world but I don't have any negative feedback about the story. I really enjoy reading the book and I hope that I can finish the entire series in the future. It is really a well-written story.

Rating: ★★★★
More reviews can be found on Goodreads: The Secret of the Old Clock.

Eleven-year-old Ellie does not like the changes after entering middle school. Ellie…

Dr. Temperance Brennan takes on a challenging assignment as a Director of…