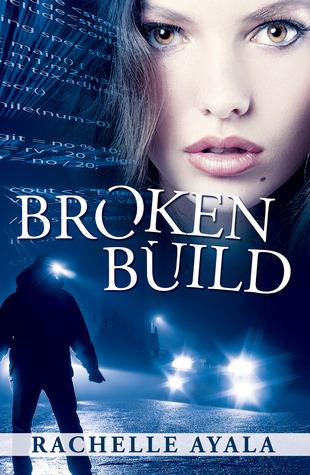 Jennifer works as a build engineer in a startup company in Silicon Valley. Her ex-boyfriend's brother, Rey, is blackmailing her for the source codes of a program from her company.

However, Rey was murdered before Jennifer is able to pass him the memory stick which contains the codes. At the same time, she was attacked by a stranger outside of the office while waiting for Rey. Besides her, the CEO and founder, Dave Jewell, received several threatening emails related to the codes. Since the loss of the memory stick, they experienced a series of life threatening events. What will they do to protect themselves from danger? And what happened in their past which links them together?

It seems this is one of the sickest stories I've ever read so far. I guess the story is more suitable for romantic readers but I'm not a fan of romantic stories. Besides, I couldn't stand with the series of explosions and unfortunate events which was often inflicted on the main characters when every time they are together. I feel that's too ridiculous. Also, I really feel annoyed with too much inner struggles or irrelevant thoughts in their relationship. Or maybe it's me because I really hate this genre. I felt I was cheated by the synopsis.

Rating: ★
More reviews can be found on Goodreads: Broken Build.

Albie is a fifth grade boy with academic and social problems. He…