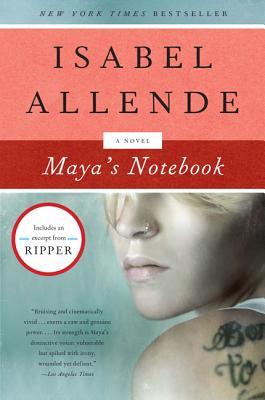 Maya Vidal is a teenager abandoned by her parents and raised by her grandparents in Berkeley, California. She lives with a Canadian astronomer Popo who loves her a lot and a Chilean Nini who likes to participate in protests. Although Popo is not her biological grandfather but he cares for Maya dearly like his own granddaughter. When Maya is sixteen, her beloved grandfather, dies of cancer and Nini falls into a depression. Without the support of her family, she becomes an alcoholic, a drug addict, a prostitute, a rape victim and even working for a drug dealer.

When the drug dealer is murdered, Maya needs to escape from his partners, a gang counterfeiters, the police and even the FBI. They believed she has the information about the counterfeit money. She ends up on the streets of Las Vegas and becomes a homeless person who is addicted to drugs and alcohol. Luckily, some good-hearted strangers rescue her and Nini takes her back to California. After Maya stays in rehab for a month, she travels to Chiloe, a remote island off the coast of southern Chile, to hide herself from the murderous thugs. There, Maya is given shelter by a friend of her grandmother, Manuel.

Maya starts writing daily in her notebook when she is in Chiloe. She becomes part of the small rural community and learns about the mythology of the island. As time goes by, she discovers more about Chile's tragic history and also Manuel's past which relates to her own family. What will be the connection between Manuel's past and her family? Will she able to return to California in the end? Or she needs to spend the rest of her life on the remote island?

The story was totally out of my expectation. Based from the synopsis, I was expecting it will be an adventurous story but it ended up totally opposite from what I think. To keep it short and simple, this book is about Maya's diary which tells the story on how she becomes a teenage delinquent and ended up on the remote island. That's what I can think of to summarize the book in one sentence. It might be bored for readers who likes adventurous story as the main focus of this book is about life in Chiloe. Although the story was not what I expected, but the stories about Chiloe were amazing and I wish there will be a chance for me to visit Chiloe in the future.

Rating: ★★
More reviews can be found on Goodreads: Maya's Notebook.

After the success of the first episode for the reality show, Under…