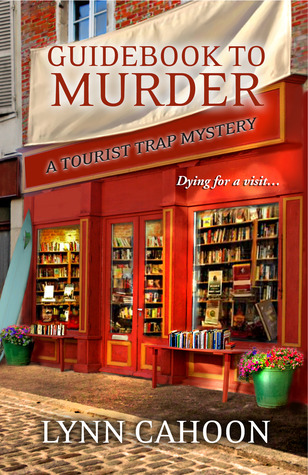 Jill Gardner is a former attorney who left the big city and owns a bookstore-cafe, Coffee, Books, and More in South Cove. Miss Emily, one of the local senior citizens, was the main reason for the move as she had welcomed and befriended Jill when she was vacationing in South Cove.

But things started to go downhill when the city council is trying to force Emily to sell her dilapidated old house. Jill trying to investigate what is the motive behind this but ends up finding Emily is dead. Emily has named Jill, her heir, inheriting the house and the money along with a lot of problems. Jill starts receiving threats after the inheritance and experiencing pressure to remodel the house to meet the regulations or the house will be destroyed. At the same time, the mayor is forcing her to sell to a developer who wishes to build apartments on her land. Coincidentally, her best friend, Amy is missing after talking to her on the phone about a secret meeting which involves the mayor and a developer. When Jill receives the news from Detective Greg regarding the evidence which proves Emily was murdered, she starts to compile a list of suspects and determined to find the killer.

This book is easy and fun to read. The characters are interesting and most of them have lots of humour. Every ending of the chapter reveals a surprise which really makes you hard to put down the book. It was an enjoyable read and I'm looking forward to the next book in this series.

Rating: ★★★
More reviews can be found on Goodreads: Guidebook to Murder.

In a small Dublin suburb back in the summer of 1984, three…