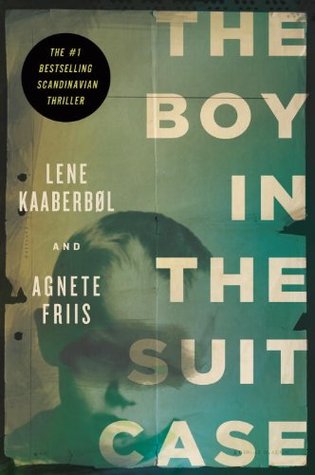 Nina Borg is a dedicated Red Cross nurse who never says no when someone asks for help even when her estranged friend Karin asks her for a favour. Nina has no idea that her life will turn into a mess when Karin leaves her a public locker key in the Copenhagen train station. When she picks up the suitcase from the locker, she only finds out that the suitcase is a three-year-old boy, naked and drugged, but alive.

Is the boy being abducted by a stranger or a victim of child trafficking? Nina tries to get the relevant information from the boy but he doesn't understand her language. This makes it even harder for Nina to investigate the boy's background. When Karin is discovered brutally murdered at her family lake's house, Nina suspects the murderer is the large man who attacks the locker where she found the suitcase before his arrival. Does Nina able to help the boy to reunite with his family? Who kills Karin and hunting them at the same time?

As usual, European crime novels never disappoints me. I have no regrets picking up this book although it took some time for me to finish it. I liked the storyline but sometimes, I got confused with the characters as they are jumbled together. Although I felt ridiculous when Nina chooses not to call the police but prefers to endanger herself and the boy in the run but I still feel it's an enthralling story.

Rating: ★★★★
More reviews can be found on Goodreads: The Boy in the Suitcase.

This graphic novel is based on the true story of the author,…

The story of Paperboy takes place in Memphis in 1959. Victor Vollmer…