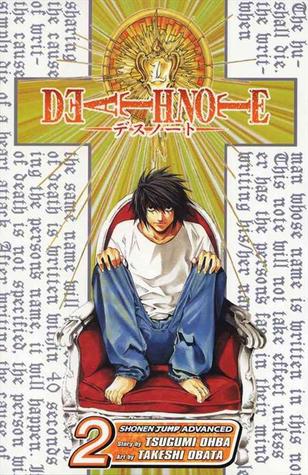 The story continues from the previous volume Death Note, Vol. 1: Boredom (Death Note #1), Tsugumi Ohba & Takeshi Obata when Light uses the death note on a robber and plans a bus-jacking to get the name of the FBI agent who was following him. Then, he uses the FBI agent to uncover the identity of all the other agents working on the case in Japan and kills all of them by using the Death Note.

Unfortunately, one of the agents has a fiancee was a former FBI agent and she has all the relevant information which could lead to Light's capture. In the meantime, L needs to reveal himself to obtain the trusts from the task force lead by Light's father. What will be Light's best or next move when everyone are getting closer in pursuing him?

It was much more complicated compared to the first volume as the story goes to another higher level. This volume also tells more about the investigation process and L's analysis for the killing patterns. It was getting more intense when several people are getting closer to track down who Kira is.

A beautifully written story about an orphan girl, Anne Shirley who surprises…