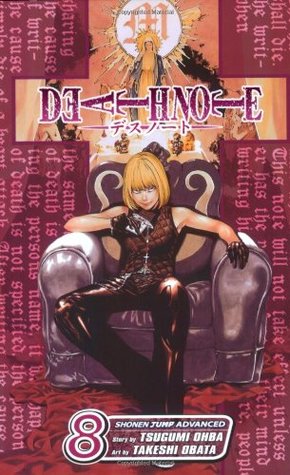 In this volume, Light plays multiple roles at the same time - Kira, the newest member of the NPA intelligence bureau, and L. He has nearly succeeded in creating his ideal world and enjoying the uncontested victory for years.

Light has been experiencing several peaceful years in his multiple roles. However, the new attack which involves the kidnap of his younger sister Sayu and the NPA's Death Note demanded as a ransom. Light needs to travel to L.A. and faces two new opponents, each have a different plan. Will Light sacrifices his own family's lives for his own ambition to create the ideal world?

The two successors of L has been introduced in the previous volume, Mello and Near. The story probably getting more interesting with the two new characters but at the current stage, it's still too early to know more about the strength of the new characters. I miss L, just like everybody else and I felt something is missing since L's death but I couldn't find out what was it. I hope I will know more about their strength or intelligence in the next volume.