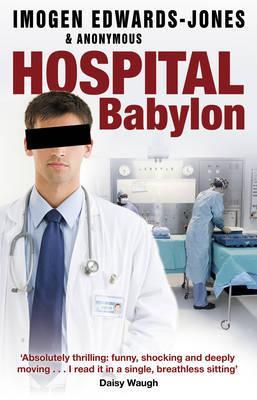 This book consists of true stories of a day in the life of an Accident and Emergency department, which are based from interviews with doctors, nurses, shrinks, consultants and midwives. As stated in the prologue of this book, the incidents and cases are real but the hospital and character names have been fictionalised for legal reasons.

All the stories have been condensed into a twenty-four hour time frame which took place in a British hospital. The doctor not only tales his horrible 24 hours in the Emergency Department, but also provides an insight into the lives of hospital staff and how the hospital operates for its own benefits as highest priority. This book covers a wide variety of areas which involve doctors, nurses, patients, consultants, cleaners and stories about plastic surgeries, mental health, and even the cost of medicine and beds.

I've learned a lot from this book such as hospital management, and medical terms especially drug names. There was a huge number of unknown inside stories and a lot of unexpected incidents, many of which are beyond our imagination that will happen in real life. I will never expect someone with a big hole behind his head still can survive and live in a normal life. I quite liked most of the stories in this book and there were numerous stories which are shocking but interesting. Despite the narration of the story should be told in a serious manner, but most of the hospital staff mentioned in the book are amusing.

Rating: ★★★
More reviews can be found on Goodreads: Hospital Babylon.