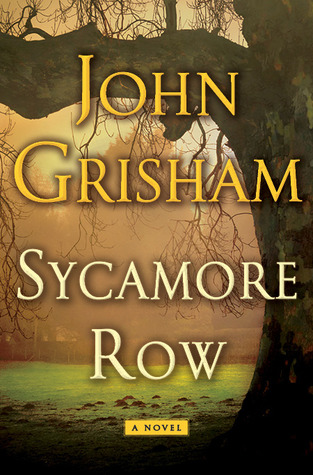 Seth Hubbard, a wealthy man who is struggling with lung cancer, was found to have hanged himself on a sycamore tree. He writes a new handwritten will before his death and delivered by mail to Jake Brigance’s office. The new holographic will renounced a will he filed the year before, which he had left all his assets to his children and grandchildren. In this new will, Seth cuts off his children and grandchildren, and five percent goes to his church and another five percent to his brother. The remaining ninety percent will be given to his black housekeeper, Lettie Lang. As predicted by Seth, his greedy children contest the new will and questioned the testamentary capacity. The court battle yields many twists and turns and becomes one of the most sensational trial in Ford County.

I’ve forgotten when was the last time I read a John Grisham book, due to the many other books in my list. I borrowed this book from my local library and didn’t realise it’s a sequel from the book ‘A Time to Kill’. One of the reviews from Goodreads mentioned that you don’t have to read the first book in order to read this story and that’s the reason I decided to read it anyway. I still love to read John Grisham’s novels, and I still remember the first book that I’ve read from him, which was ‘The Testament’ and that was also the first book that developed reading as my hobby. I wanted to say that I always love his novels, but then, I just remembered that there was one book which really disappointed me, which was, ‘A Painted House’.

I loved almost everything about this novel – the plot, the characters, the writing style, the climax and the plot-twists. The only thing I dislike about this novel is that it was too lengthy. If this wasn’t the case, I would have given 5 stars for this story. It was really dragging my time but luckily, it’s an interesting story with lots of unexpected twists and turns. Such a lengthy story really requires a lot of twists and turns, before the reader totally gives up on reading it. Jake Brigance is one of my favourite characters. I admired his strong determination in protecting the estate and representing Seth Hubbard. Despite they never met before and there are so many negative feedback about Seth, Jake never has doubts in protecting the handwritten will or feel the money should be given to the children instead. He’s very persistent to achieve what he wants. Towards the end of the story, I felt Seth should be highly respected and I felt amazed with his way to correct the injustice.

After several years of not reading his books, I still love his story despite the existence of common elements in most of his novels – the town of Memphis, lawyers, judges, religion and baseball. I guess it’s the time to read his other books that I’ve missed all these time.

Rating: ★★★★
More reviews can be found on Goodreads: Sycamore Row.

The battle of the Fall Classic preliminaries (Food Wars! Vol. 7) is…

Philip Marlowe, a private investigator, got hired by a sick millionaire to…