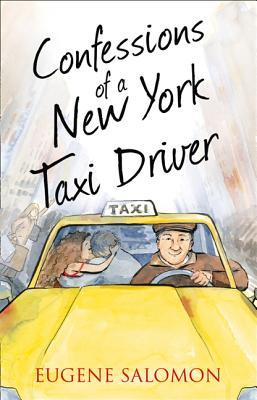 This book has been added in my reading list since 2013. I’ve been looking for this book when I was in Melbourne but unfortunately, it's not available in the city library. Luckily, this book is unexpectedly available in one of the Sydney libraries. I was surprised because most of the books in my reading list usually found in Melbourne libraries but not in Sydney libraries. So, this is the first book which I have borrowed after I moved to Sydney.

This book consists of a remarkable collection of stories of a cab driver for more than 30 years in New York. Eugene Salomon shares his true stories about the crime city, celebrities that took his cab, fare-beaters, and also some of the weirdest or worst passengers he ever had in his cab.

I felt this book was interesting at the beginning and I was really excited reading it. As the stories progressed, I got distracted and it was getting harder and harder for me to focus on what I was reading at that time. As I continued reading the book, I felt the writing style is monotonous. The stories weren’t that bad but it will be much better if the stories were written in a more interesting manner.

Also, it was quite difficult for non-American readers to visualise those stories as they have no ideas for any of the street names in New York but at the same time, it’s understandable that the author needs to include the relevant information to support his stories. However, I didn’t feel disappointed after reading this book because the stories weren’t that bad but it’s just too challenging for the author to tell his true stories in a written format despite he has been trying real hard by adding his imaginations and sense of humour in his stories.

Rating: ★★
More reviews can be found on Goodreads: Confessions of a New York Taxi Driver.

A Time to Kill, John Grisham

When I was reading the first few chapters of the book, coincidentally,…