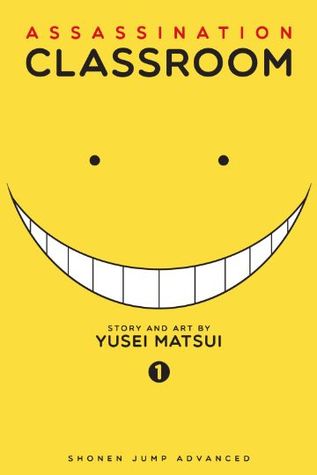 Koro Sensei, a tentacle monster with the capability of reaching Mach 20 speed, is the teacher of class 3-E. He has already destroyed the moon and he promised that he will destroy the Earth if no one can kill him within a year. Ten billion yen is offered by the government to anyone that can successfully kill him.

The students in class 3-E have been trying different methods to kill Koro Sensei but none of them were successful even with the help by the target. Koro Sensei not only encourages the students to assassinate him but also working together with them to improve their strategies and tactics for the assassination. Although he has an unusual appearance but he is a caring teacher who often offers advices to his students and even promised to protect them from any harms. He hopes that his students will enjoy their lessons and also their assassination plans as well.

This is one of the most loveable and cutest monster I ever read so far. What a character! Koro Sensei has such a loving personality. Despite all the assassination attempts, he still cares for his students. There was one time when a student has created a poisonous drink for him, he expresses his concern about the student’s safety of doing so.

Seriously, I guess a lot of readers have no idea how the author or mangaka can come up such a brilliant plot. An unusual plot about students trying to kill their strange teacher with various methods. I’m looking forward for more fun or interesting methods for the assassination and of course, more funny things about Koro Sensei.

Nancy and Helen caught in a storm and nearly drown. Coincidentally, Laura…