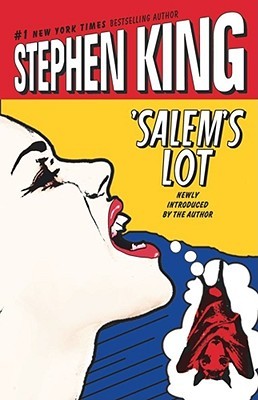 Ben Mears, a successful writer who grew up in the town of Jerusalem’s Lot has returned home after twenty-five years. Once in town he meets local high school teacher Matt Burke and also involves in a romantic relationship with Susan Norton, a young college graduate.

Ben interested with the Marsten House, an abandoned mansion where he had a bad experience as a child. However, the mansion has been bought by Kurt Barlow, an Austrian immigrant who has arrived in the Lot to open an antique store. Nobody ever seen how Barlow looks like; only his business partner, Richard Straker, is seen in public.

At the same time, Ralphie Glick's mysterious disappearance and the death of his brother, Danny, are suspicious as both incidents coincide with the duo’s arrival. Danny, who becomes the town’s first vampire, infecting other such locals as Mike Ryerson, Randy McDougall, Jack Griffen, and Danny’s own mother, Marjorie Glick. However, Danny fails to infect Mark Petrie, who resists him successfully by holding a plastic cross in Danny’s face.

Within several weeks many of the townspeople are turned into vampires except a few. Ben and Susan are joined by Mark, Matt and his doctor, Jimmy Cody, along with the local priest, Father Callahan, in an effort to fight the spread of new vampires. Are the humans powerful enough to fight against the vampires or they will join the crowd in the end?

Overall, the entire story was creepy enough and well-written. Probably it’s just me that I felt this story was too draggy and it took me slightly more than a month to finish this novel. Another thing that I disliked about the story is the involvement of too many characters and each character has their own detailed storyline. I’ve forgotten most of their stories when their names appear towards the end.

Rating: ★★★
More reviews can be found on Goodreads: 'Salem's Lot.