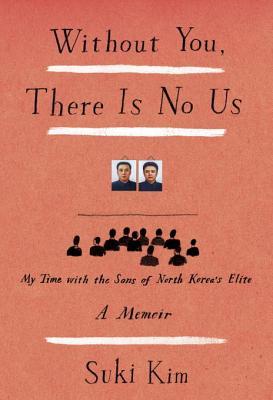 This is a memoir of a journalist who disguised as an English teacher at Pyongyang University of Science and Technology (PUST), North Korea. The students were all young men – the children of some of North Korea’s elite families.

I always have tremendous curiosity which leads to the strong interest about anything related to North Korea. However, I only have shallow understanding about the country and I’ve been looking forward for the time to read something more about North Korea. This book came to me was merely a coincidence when I read a few pages at Kinokuniya while waiting for my husband to finish his work. I jotted down the title so I can read this book in the future.

After reading this book, I just realized what have been told from North Korean refugees or defectors are quite similar to what the author written in this book. North Korean people are far more pathetic and sad than what most of us can imagine. They no longer have the ability to differentiate what is right or wrong, and what is truth or lie. I always believe that the most pathetic of a person’s life is self-deception. The world is full of lies and everyone can be cheating or lying to others but if a person even lies to himself, how pathetic his life can be when he even loses the most precious thing in this world, which is, himself.

Probably they’ve been brainwashed and being taught on what to say or not to say. Sometimes, I feel it seems there’s some sense of inferiority inside their heart. When the inferiority appears, they have to tell themselves to forget it immediately. Probably the curiosity about outside world appears in every one of them but they don’t have the courage to feel it that way as curiosity is like a sin or not loyal to their country.

Anything that doesn’t exist in the country or not being taught by the Great Leader falls into the category – lie. I felt they are no longer have the understanding for the meaning of lying as they’ve been constantly trained to say something which doesn’t comes from themselves or nothing considers as a lie as long as they say something good about their Great Leader and the country? Can this be considered as self-brainwashed?

Despite my strong interest and curiosity about North Korea, I will never have the courage to visit the country even though I wish to do it. It’s a life where you need to be cautious all the time even if are just thinking something that you shouldn’t think (even it’s just a thought exists in your mind) or dreaming something that you shouldn’t dream in your sleep. If North Korea opens up to the outside world (although the probability is quite low) in the future, I don’t dare to imagine how they learn or catch up with the world’s pace and worse, when they found out what they are believing so far are all lies. That will be a mental breakdown for them and they can’t differentiate again which one is the truth or lie, their country or the outside world?

I remember that I watched a documentary before about North Korea where some people will try to cross the border or flee to China every night but not everyone able to made it due to the freezing waters of the Tumen River which divides North Korea and China. Then, the next day, soldiers will remove those bodies or corpses lying on the river. At that time, I don’t understand why they need to risk their lives in such way? No matter how worse the life there, you still can maintain your life and live with the family and friends instead of losing your life. Somehow, as time goes by and I get to know more about North Korea, my perception has changed. Probably I will risk my life to cross the border as well because even if I have my life living in that country, there’s no difference with death. It’s just like the phrase –

Rating: ★★★★
More reviews can be found on Goodreads: Without You, There Is No Us.

Ben Mears, a successful writer who grew up in the town of…