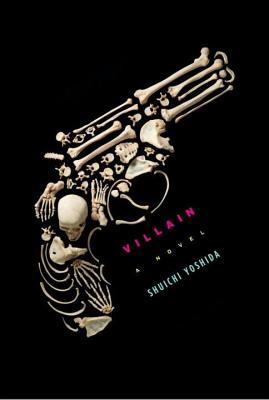 Yoshino Ishibashi is an insurance saleswoman. When she is found strangled at Mitsuse Pass, her family and colleagues are shocked and terrified. Keigo who is a college student becomes the primary suspect as he disappears for several days after the murder and according to Yoshino’s friends, she was going to meet Keigo after their dinner. That piece of information is according to Yoshino’s version of story before she is being murdered. As the investigation unfolds, the suspect switches to a young construction worker and also reveals the ugly side of Yoshino’s life before the murder.

I feel bad for saying that I loved the line – "This is the kind of girl who’s going to get murdered by a guy someday". I felt that is the best description about Yoshino. I have the same frustration as Keigo about Yoshino. I felt annoying when she keeps talking in the car and rummaging through the car’s dashboard without the owner’s permission. I feel bad and cold-blooded for saying that I don’t feel pity for her when Keigo asks her to get out of the car but I felt Keigo is too harsh when he kicks her out of the car and she hurts herself on the guardrail. However, what she does after that scene will make you feel that she deserves to be murdered. I guess it’s a very controversial story.

It seems most of the female characters in this novel are talkative and desperate for love but trying to hide their sexual desires whereas most of the male characters have different desperations or additions – sex, car, film-making, pornography, love, other's suffering, revenge, showing off and etc. There’s always a lot of things in Yuichi’s mind and his laziness to talk makes him even more mysterious. At the same time, Keigo, a short-tempered playboy also makes you suspicious of him as well. The murderer could be anyone.

The story not only focuses on the main character but also involves a lot of side stories about other characters’ point of view as if they are expressing their thoughts and telling their version of the story for that night. The development of the story is quite slow especially towards the ending, it was slightly draggy as the author trying to add some additional parts to increase the length of the story.

I did some research and realized there was a movie based from this novel in 2010. I’m looking forward to watch the movie. I guess it should be good since the movie has won a lot of awards.

Rating: ★★★★
More reviews can be found on Goodreads: Villain.

Yasuko Hanaoka is a divorced, single mother who lives with her teenaged…