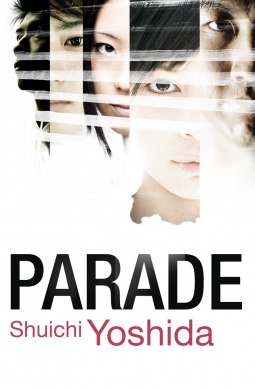 This story tells the life of five people who live together in an apartment in Tokyo. Everyone seems being supportive to each other but each of them has their personal problems that they keep to themselves.

The first story is about Ryosuke’s life – his part-time job as a waiter, a sudden promotion as a chef and still needs to refer to the cookbooks to serve the food, his ex-schoolmate who has just passed away, the story of his parents that had tried their best to support him to further his studies in Tokyo, his love story of falling in love with his older friend or mentor’s girlfriend.

The second story tells the life of Kokomo – her perceptions about her appearance despite a lot of people feel that she’s beautiful, her dating life with Tomohiko (an up-and-coming actor), her relationships with other housemates and her opinion about Ryosuke. When I was reading the story about Ryosuke, I felt he’s a very cool guy that could attract a lot of girls but when I was reading the details about his appearance and behaviours based on Kokomo’s story, I felt ‘Urgh’.

In the third story, Mirai Soma tells about her bad childhood experience, her perceptions about Satoru, and different kinds of people that she met during her night life. Similar to Ryosuke and Kokomo, Mirai also shares the story about their neighbor that they suspect is a brothel and sends Ryosuke to be an undercover customer.

The fourth story follows by Satoru’s life as a male prostitute. Initially, he felt his new housemates are eccentric but surprisingly, he felt they are fun. The last story is about Naomi’s life – his job, his relationship with his ex-girlfriend who drops by once in a while and of course, his relationships with his housemates.

Their experience of living together in an apartment is being described to be similar as an online chatroom with the difference is their names are not anonymous. Each story shares their relationships with the other housemates and when they’re alone in the living room. Every character has an unexpected eccentric preference or weird habit.

After finished reading this book, I’m speechless with how abstract the story is, especially the ending which I totally couldn’t find any words to describe it. I loved "Villain" more than this story and I’m looking forward there are more translated books from this author. Both stories have a few similarities, such as a woman who talks a lot and naïve, and a man who acts cool, doesn’t talk much and seems is a creep. Maybe most of the Japanese are really like that.

Rating: ★★★
More reviews can be found on Goodreads: Parade.