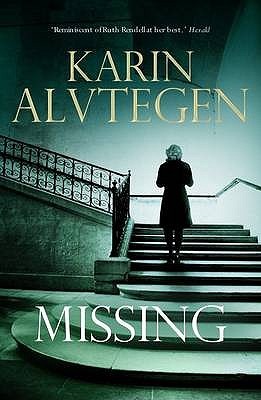 The story begins with a homeless woman charms a businessman into paying for dinner and a room. While she is enjoying the one night luxury in her room, she recalls some of the memories of her past before her homeless life. When the police knock her door the next morning, she assumes the con has been exposed and flees. Later she only knows from the newspaper that the businessman has been brutally murdered. The police identify Sybilla’s fingerprints and revealing her dark past as well.

Sybilla leaves her wealthy family and escapes from the institution after a series of unhappy events happened to her when she was a teenager. Since then, she starts to live as a homeless person for 15 years. When two other murders follow, she is now the most wanted criminal in Sweden with her face on every newspaper. Throughout the book, Sybilla’s past is slowly revealed, adding depth to this well-written thriller.

I feel like dancing a slow waltz when reading this book. One of my favourite parts of this story is when she meets a 15-year old boy in the school’s attic who wants to experience as a homeless person and later works together with her to track down the real serial killer.

The ending was a bit hurried to wrap-up the entire story. There were several plot twists towards the ending and it took me some time to digest what had just happened to Sybilla after reading the quick-paced ending. Surprisingly, I liked the story. Maybe it’s because I just realized that I treated Sybilla as a real character and I felt relieved after I finished the book.

Rating: ★★★★
More reviews can be found on Goodreads: Missing.

Forget You Had a Daughter, Sandra Gregory