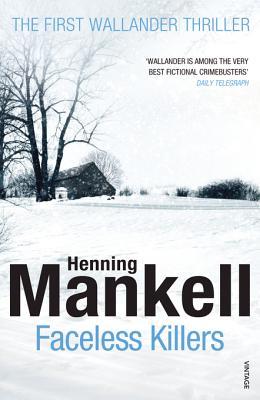 Inspector Wallander has tons of personal problems: he is recently divorced; he’s estranged from his daughter; drinks too much; lousy diet; and his father is showing signs of senility.

One frozen January morning at 5 a.m., an elderly couple is robbed and brutally murdered at an isolated farmhouse. The old man has been tortured and beaten to death and his wife just left only a single word about the killer before she dies.

Against the backdrop of this troubled personal life, Inspector Wallander is assigned to lead the investigation to solve the murder case. There is no apparent motive and there are virtually no clues except one last dying word from the murdered woman, which is “Foreign”. Does the clue indicates the murder committed by the foreigners? Will Wallander able to solve the case as his private life disintegrates around him?

A lonely detective who faces a lot of inner struggles especially his relationships with his family. I felt the story seems a bit draggy and talks a lot about the weather, but overall the story was quite good. I would recommend this book for readers that like to read mystery novels which require analytical thinking to solve the case.