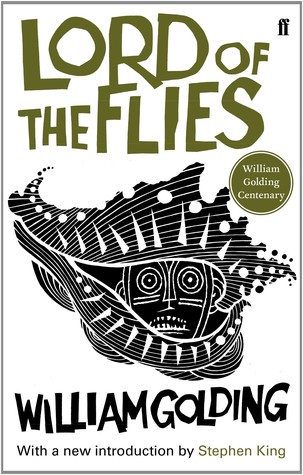 When a plane crashes on a remote island, a group of British boys are the sole survivors. The story focuses on the group of boys of their disastrous attempt to govern themselves.

It’s not really my cup of tea but I’m impressed with the concept and the hidden meanings behind the story. Although the story is about a group of boys in an uninhabited island but there were several themes exist in the story. There was a debate between savagery and civilization and boys started to loss their innocence in order to survive in the island. Jack signifies savagery and dictatorship; Simon represents natural human goodness; Roger represents brutality to the extreme; Ralph stands for civilization and democracy; Piggy represents the scientific and intellectual aspects of civilization. Littluns were the younger boys which represent the common people dominated by the older boys. Who would have thought such a simple story of a group of boys living in an isolated island has so many hidden meanings behind of it and each character possesses different human attributes?

Rating: ★★★
More reviews can be found on Goodreads: Lord of the Flies.

"It is a truth universally acknowledged, that a single man in possession…