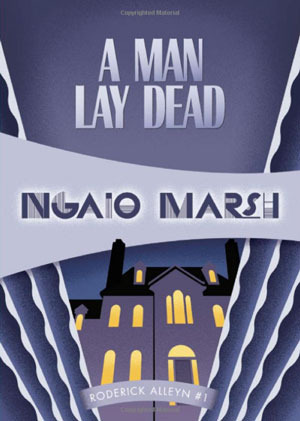 Nigel Bathgate is invited to a weekend house party at the country house of avid collector, Sir Hubert Handesley. The host intends to hold a ‘murder’ game but ends up one of the guests is found dead. The victim is stabbed through the heart by a ceremonial knife (a symbolic knife related to Russian brotherhood) which brought by the victim to the house to show to Sir Hubert. Among the guests or suspects are: a mysterious Russian scholar, Doctor Tokareff; the mild-mannered Arthur Wilde; the victim’s cousin, Nigel Bathgate; Arthur’s wife who is having an affair with the victim, Marjorie Wilde; Sir Hubert’s niece, Angela North and Rosamund Grant who is still being in a relationship with the victim.

This story has an interesting plot but unfortunately, it wasn’t really what I was looking for. However, my favourite part of this story will be the butler, who is also a suspect of the murder, has been used by the detective as his personal butler after the detective has cleared his name. I know I have a very random liking 😊

This story is best for readers who know how to appreciate classic crime better than me. I have to admit that classic crime novels are hard to impress me as the writing style and the indirectness can be difficult for me. There is one common thing exists in most classic crime novels, which is, the dry humour. I hope there are more modern crime novels will include the humorous elements in the story.

Sebastian Rudd is a street lawyer who always risks his life, defending…

Lord of the Flies, William Golding

When a plane crashes on a remote island, a group of British…