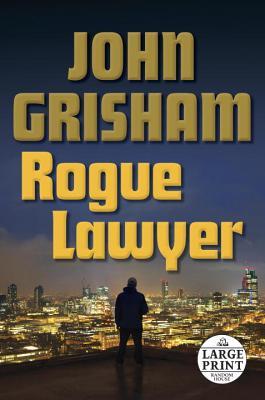 Sebastian Rudd is a street lawyer who always risks his life, defending people other lawyers won’t go near. He operates his practice in a bulletproof van after his brick-and-mortar office was firebombed. He equips himself with a pistol, hires a bodyguard and keeps changing motel rooms every few nights when he handles his controversial cases. There are so many different people that he has offended in his career – gang members, the police, insurance companies, banks, other lawyers, his wife and lots more that he couldn't care less.

The novel tells the story of Rudd’s personal life but more focuses on the different cases handled by him. The novel starts with the case of a tattooed kid with multiple piercings and a very low IQ, who’s been accused of the brutal murder of two little girls. Despite there aren’t much strong evidence link the kid to the crime but the cops, prosecutors and everyone in town have convinced that the kid is guilty.

There are other different cases which include: a crime lord that has already been convicted and is on death row; a cage fighter who accidentally killed the referee in the ring; a homeowner arrested for shooting at a SWAT team that mistakenly invaded his house. He believes everyone is entitled to a fair trial and he hates injustice.

I couldn’t stop reading it although I felt the last case was slightly long-winded. Rudd is a very colourful character and each case was truly interesting. As usual, quotes from John Grisham’s books are always so realistic, telling us how the real world works.

The law is my life, always consuming and occasionally fulfilling. I wouldn't call it a "jealous mistress" as some forgotten person once so famously did. It's more like an overbearing wife who controls the checkbook. There's no way out.

They don't tell you in law school that one day you may find yourself defending a person charged with a crime so heinous that otherwise peaceful citizens feel driven to take up arms and threaten to kill the accused, his lawyer, and even the judge.

One case put me on the map. I can't say it made me famous because, seriously, how can you say a lawyer is famous in a city of a million people?

Plenty of local hacks think they're famous. They smile from billboards as they beg for your bankruptcy and swagger in television ads as they seem deeply concerned about your personal injuries, but they're forced to pay for their own publicity.

Do we really want fair trials? No, we do not. We want justice, and quickly. And justice is whatever we deem it to be on a case-by-case basis.

It's just as well that we don't believe in fair trials because we damned sure don't have them. The presumption of innocence is now the presumption of guilt. The burden of proof is a travesty because the proof is often lies. Guilt beyond a reasonable doubt means if he probably did it, then let's get him off the streets.

In this line of work you rarely have allies and you quickly make enemies.

The only honorable alternative for a lawyer fighting to save an innocent client is to cheat in defense.

I call my alibi witness, who tell the truth, and Huber makes them look like criminals. Such is the lunacy and unfairness of the system. Huver's witnesses, the ones testifying on behalf of the State, are cloaked with legitimacy, as if they've been sanctioned by the authorities. Cops, experts, even snitches who've been washed and cleansed and spruced up in nice clothes, all take the stand and tell lies in a coordinated effort to have my client executed. But the witnesses who know the truth, and are telling it, are discounted immediately and make to look like fools.

You gotta understand prisons and how stupid the men are who run them. Everything here is designed to keep us in, with little thought to keeping bad stuff out.

The road to justice is filled with barriers and land mines, most of them created by men and women who claim to be seeking justice.

It's the O.J. Simpson theory of legal fees: I'm not paying you; you're lucky to be here; go make a buck with your book.

In many ways, a trial lawyer is like an actor onstage. His lines are not always scripted, and that makes his job harder. He has to react, to be quick on his feet and with his tongue, to know when to attack and when to shut up, when to lead and when to follow, when to flash anger and when to be cool. Through it all, he has to convince and persuade because nothing matters but the jury's final vote.

This is, after all, America. What honest citizen has never been sued?