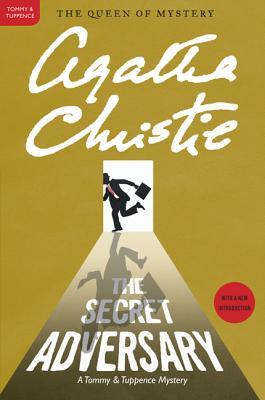 Set in 1919 London, Tommy and Tuppence, experiencing unemployment and shortage of money. They form a partnership, hiring themselves out as “young adventurers”. They are overhead by Mr. Whittington who follows Tuppence to offer her a position. However, when Tuppence gives her name as “Jane Finn”, he is shocked and sends her away with some money. When they try to look for him on the next day, he has disappeared without a trace. They advertise for information regarding Jane Finn. They will never expect this will be the beginning of a dangerous adventure which relates to the fate of British government.

Hm. I don’t have many thoughts about this story. Most of the time, I enjoyed the scenes more than the story's plot. The created scenes were so detailed and interesting that you can imagine yourself in the scene and the best thing is I never get bored with the descriptive details. A lot of readers tried to compare the previous work with this story which I felt there are incomparable. Of course, I have to admit that I enjoyed reading ‘The Mysterious Affair of Styles’ more than this story but her creative plot and brilliant writing still exist throughout the entire story.

Rating: ★★
More reviews can be found on Goodreads: The Secret Adversary (Tommy and Tuppence #1).