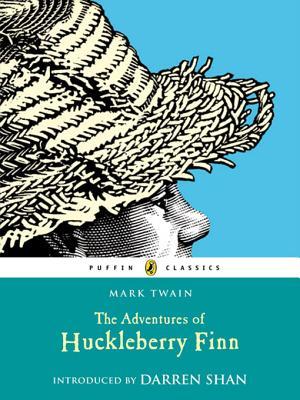 Huckleberry Finn is a poor boy who tries to run away from his drunken father. After being kidnapped by his father who only interested in his fortune, Huck fakes his own death. He hides out on a nearby island, where he meets another runaway: Jim, a slave who tries to avoid being sold down South and separated from his family. Throughout their adventure, they meet different types of people which changes Huck and start realizing that rules and morals developed by civilized society are not necessarily correct.

‘It warn’t the grounding - that didn’t keep us back but a little. We blowed out a cylinder-head.’
‘Good gracious! Anybody hurt?’
‘No’m. Killed a nigger.’
‘Well, it’s lucky; because sometimes people do get hurt…..’

It was like a knife stabs to the heart when I read that part. After reading more than 200 pages, I guess that will be the most memorable part for me. There’s nothing we can do to change the history but I hope there is no repetition of such non-humanitarian history.

Several years ago, I’ve read somewhere about this book was banned in schools. If I’m not mistaken, the reasons were the ‘nigger’ term and also about black people being treated as slaves. I haven’t read this book yet at that time. I read it a couple of times when I was a kid but I couldn’t recall whether it’s Huckleberry Finn or Tom Sawyer. I even couldn’t recall the story itself although I really owned the book.

I feel those are not really good reasons to ban the book. In fact, I feel this book will be a good start to teach kids on how to treat everyone in an equal manner and such a shameful history shouldn’t be repeated in their life. I hope this book encourages more kids to become ‘Huckleberry Finn’ who goes against the society’s views and acts according to his conscience. If saving Jim who is a slave will make him goes to hell, he accepts the fate. That’s what he said to himself in the story. He chooses to do what he believes what is right.

This story is a mockery of educated people who are still looking down and despises black people in this modern society. Huckleberry Finn is only a poor and uneducated kid but he knows how to treat everyone equally. He ignores the social class created by the society at that time by helping Jim from slavery and he condemns two white con men. Slavery is much more common at that time but Huckleberry Finn treats Jim as his friend. Slavery is lesser common now but if the modern society (more civilized and consists more educated people comparing to that time) especially the educated ones are still being ignorant to black people, it seems they are more "historical" or “yet civilized” than this book which was firstly published in 1884.
Note: According to Mark Twain, this novel was set forty to fifty years before the time of its publication (before the Civil War; roughly between 1835 to 1845).

I have to admit that I was struggling to enjoy reading this book due to the slangs and the writing style but I loved the deeper meanings exist in the story. I did a lot of research and other readings such as analysis and symbolism which appears in the story and I realized there were so many valuable meanings behind it.

Set in 1919 London, Tommy and Tuppence, experiencing unemployment and shortage of…