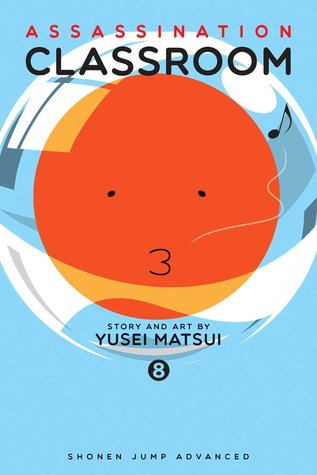 The previous assassination attempt against Korosensei ends up with a deadly biological attack threat (Assassination Classroom Vol. 7: Island Time). They need to get the antidote from an unknown enemy in order to save their classmates that had infected by the virus. However, there are three master assassins: Smog, Grip, and Gastro are waiting for them in the hotel. They excel in the use of poison, brute strength, and guns, respectively. Unfortunately, their teacher Karasuma is injured and Korosensei is still not yet recovered to the normal state. Karma and his friends need to fully utilize everything they had learned from their teachers to defeat the professional assassins.

The mastermind behind the attack is being revealed at the end of this volume. It turns out he is someone that they know and worse, the enemy is still feeling resentful of what they had done to him in the past. Will they able to convince him to surrender the antidote to save their infected classmates?