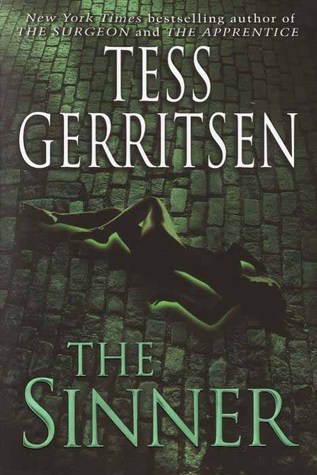 In this story, a brutal murder occurs involving two nuns in a Catholic convent. Rizzoli and Isles are called to the crime scenes. The murdered nun, a young woman about to make her final vows, hid untold secrets from the rest of the aging convent. Another dead body turns up later and it’s a faceless leper woman. Leprosy, a disease which commonly found in a few poor countries in the world, how this woman turns up in Boston? At the same time, Maura’s ex-husband suddenly in town after three years lost in touch. How are all these connected?

After two series focusing on Detective Jane Rizzoli, finally, we have the chance to know more about Dr. Maura Isles in this third book. Both immerse themselves in their work but also struggling with their personal life.

I always love this series but not Jane Rizzoli. I watched the TV series but Jane wasn’t like that. I like Jane (the TV version) a lot. If I have the chance to watch the entire series, I hope her character is different from the book. Probably it’s not a good comparison if I compare this series with Temperance Brennan but I feel both have their good and bad sides. I always love the stories and the writing style in this series but I strongly dislike Jane Rizzoli. I like Temperance Brennan a lot but I always get disappointed by the author’s writing style which sometimes ruined her own work. I know I don’t have the rights to criticise in such way as I’m not an expert in writing. My bad. I mean if she can make the story more interesting and less “Brennan”? I don’t know how to put it in a nicer way.

More "interesting" and weird stuff that customers said in a…