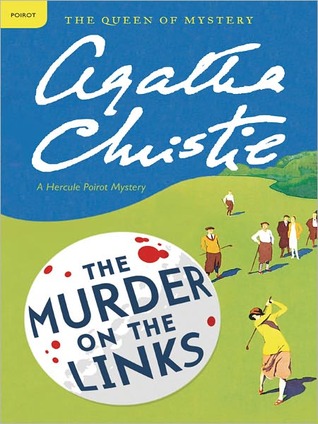 Poirot and Hastings travel to France after they received a letter from Paul Renauld. When they arrive at his home, local police inform them that he had been found dead in the morning. Paul Renauld is stabbed in the back and left in the newly dug grave adjacent to the golf course whereas his wife, Eloise Renauld is tied up by two masked men who broke into their house at 2 a.m.

Soon after, Jack (Paul's son) arrives home. His trip to Santiago is delayed and he learns the news of his father's death from a newspaper. He admits that he had an argument with his father over who he wanted to marry and a few fiery exchanges occurs during the argument. In the meantime, the murder weapon is lost due to Hastings's carelessness.

While the investigation is ongoing, another murder which involves a stranger is stabbed by the stolen murder weapon. At the same time, Poirot returns from Paris and confirms that Madame Daubreuil is, in fact, Madame Beroldy who was put on trial twenty years previously for the death of her elderly husband.

Whoa. This is way more complicated than the first book but as complicated as real life. It's always impressive that Poirot can take so many details into account and constructs a solution to the mystery. I have to admit that I didn't have enough of grey cells. That's why I couldn't get the real murderer until I finished reading the story.

Rating: ★★★★
More reviews can be found on Goodreads: The Murder on the Links (Hercule Poirot #2).

After discussing the reason behind of Kimura's name, the students come out…