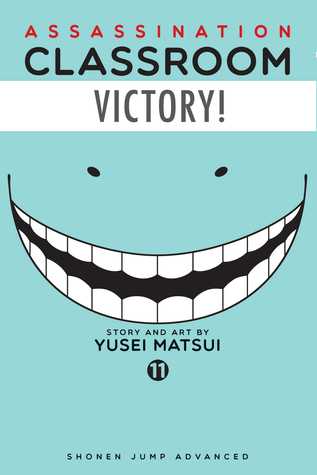 After discussing the reason behind of Kimura's name, the students come out with an idea to have a code name for everyone. A day of calling code names is held. To be honest, I felt confused with so many different and complicated code names.

The next story focuses on Isogai. Isogai is labeled as Ikemen, which refers to good-looking guys with flawless image or personality. However, when an important student caught him of having a part-time job, the students are being challenged to fight in a Boutaoshi to save Isogai from expulsion. Class E has lesser number of students and Class A has the assistance of four muscular foreign students. Will Class A able to win by utilising their assassination skills? Tactics and leaders' judgments are important to win the battle.

The students are trying to train up themselves when they are on the way to their school. Unfortunately, they injured a nursery school's principal during their practice. In order to take responsibility for their mistake, they have to take over the principal's work until he fully recovered. The ending of the volume will show the end result of their two weeks' hard work at the nursery school and also their mid-term results which caused by their absence from school for two weeks.

The Murder on the Links (Hercule Poirot #2), Agatha Christie