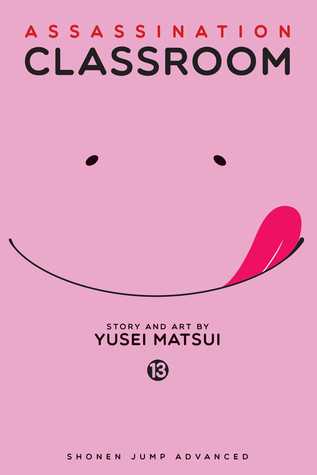 This volume continues with Karasuma-sensei's battle against the "God of Death" who sacrifices the students with the main purpose to drown Korosensei (Volume 12: Shinigami Time). The "God of Death" is manipulating their emotions to buy some time. Irina's past and childhood memories are being revealed in this part of the story.

The story moves forward with students need to think about their future or plan their career if they able to kill Korosensei.

Nagisa's mother is worried of his future due to his poor academic performance and decided to meet his teacher. Unfortunately, the meeting doesn't end well between Nagisa's mother and a disguised Karasuma.

This volume ends with the preparation for the school festival. Another battle starts soon between Class A and Class E. Class E students begin to gather the ingredients for their dish. Will they able to attract customers to visit their stall at the mountain and earn enough profit to defeat Class A again?

Everyone said she was the most disagreeable child they ever saw. Mary's…