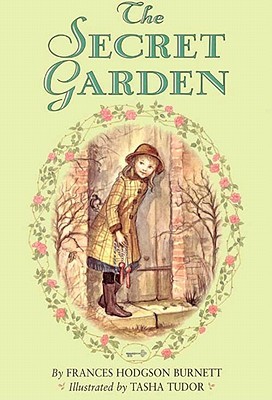 Everyone said she was the most disagreeable child they ever saw. Mary's parents abandon her and leave her under the servants' care. Without her parents love and caring, she becomes a spoiled child - tyrannical and selfish.

One day, when the chlorella starts spreading in India, a few servants died and the house is in a chaotic situation. As time goes by, the house is getting quieter and Mary still unaware what is happening around her. After a while, the parents died as well and all the servants left the bungalow without remembering her existence.

Later, Mary is sent to Misselthwaite Manor to stay with his uncle. Her behavior doesn't change a bit. She still does whatever she wants to do and still expecting being dressed, just like in India.

One day, after hearing from Martha's words, she decides to go out to the garden and she is very curious with the forbidden garden which has been locked for 10 years since her uncle's wife passed away.

Living in Misselthwaite Manor is a life-changing experience for Mary. The entire story focuses on how she finds out the secret garden and her adventure both inside and outside of the house where she meets a lot of interesting people that change her views about the world.

Honestly, I don't think I can handle such a child in a good temper manner like Martha. I think I will knock some sense on her that she should start learning to do things by herself. Well, I guess if I'm a maid, I don't have a choice but to obey her.

I felt the most beautiful scene will be Mary opens up herself and confesses her loneliness to a robin. You can imagine two lonely humans (including the gardener) and a lonely bird are having happy moments.

Rating: ★★
More reviews can be found on Goodreads: The Secret Garden.