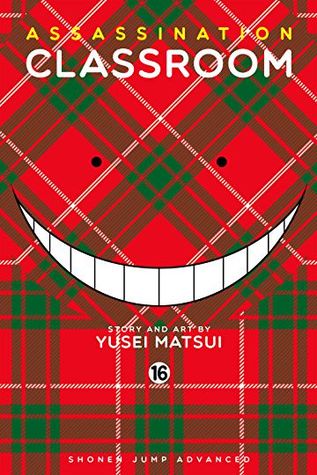 This volume begins about Korosensei's past, way before the moon was destroyed and he is still a human. He was born in the worst of slums where human life is worthless which leads him to become an assassin.

His outstanding performance has earned him the title "God of Death" and being chosen in an unofficial scientific research. Since he is a dangerous person, a woman is assigned to monitor him. The story continues with his life in the research lab and his friendship with the woman which leads him to know about Class E.

As time goes by, their relationship is getting closer and he gets to know more about her passion as a teacher and stories of her students. The story also explains why he will face his death on a certain date of the following year and the world will be destroyed as well.

When the God of Death has an accumulative power which exceeds the scientist's calculation, the scientist just realized that the God of Death is in charge since the first day of the experiment and not him. The God of Death's evilness has blinded him but the woman's touch changes him and he made an important promise to her, which is, to continue her unfinished job.

After hearing the story of Korosensei's past, students start to question their inner feelings. This volume ends with a proposed plan which contradicts with their assassination plan but not everyone agrees with Nagisa's idea.

I hate to say that sometimes I really hate anime and manga because it always makes me cry and after that, I need some time to cool down my emotions to get back to my normal life. This volume is a bit too much for me.

The story begins with a prologue which involves a girl called Alice,…