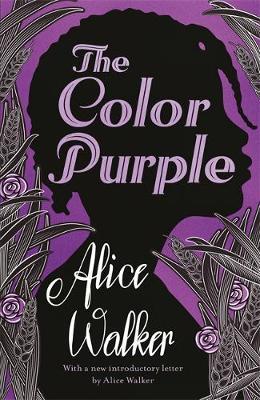 "Well, I say, we all have to start somewhere if us want to do better, and our own self is what is have to hand."

The entire book consists of Celie's letters telling her life stories to God, and towards the end, she writes letters to her sister, Nettie.

Celie is a poor, uneducated 14-year-old girl living in the American South in the early 1900s. The first letter to God is about her Pa who repeatedly rapes her and beats her harshly.

A man identified only as Mister wants to marry her sister Nettie who is just 12 years old. Their Pa refuses to let Nettie marry but instead, arranging Celie for the marriage. Mister not only needs a wife but also a mother to take care of his children. His ex-wife was murdered by a jealous lover. The children treat Celie badly but as time goes by, she able to manage the household very well.

Celie used to have a baby girl with her Pa. The baby girl who Celie wanted to name her as Olivia was taken away by her Pa when the baby was 2 months old. This piece of memory triggers her when she sees a little girl bears some similarities with her and her Pa.

Nettie runs away from home and seeks refuge at Celie's place. Mister tries to flirt with Nettie but receives ignorant from her. This leads Mister telling Celie to ask her sister to leave. Celie advises Nettie to seek for assistance from a well-dressed black woman that she had seen in the general store a while back. Nettie promises to write but Celie never receives any letters and she assumes Nettie is already dead.

When Celie's stepson, Harpo grows up, he falls in love with a girl named Sofia. She is already pregnant with Harpo's baby at that time when she meets Harpo's father at his house. Despite the initial resistance from Mister, they get married. Celie is amazed by Sofia's refusal to be controlled by Harpo. Harpo feels emasculated and seeks for advice. Celie advises him not to dominate Sofia but changes her mind when she gets jealous of Sofia. Mister advises Harpo to treat women like children who only can be corrected through beatings. Initially, Harpo follows Celie's initial advice but falls back under Mister's influence. He follows his father's advice but ending up in a more serious injury due to Sofia's fightback.

Sofia confronts Celie when she suffers abuse from Harpo. Celie feels ashamed and guilty of what she said to Harpo. She apologizes and they open up to each other about the abuses that they experienced in their own family. It also leads to Celie to consider Sofia's advice about defending herself against further abuse from Mister.

A glamorous singer and Mister's long-time mistress, Shug Avery falls ill and Mister takes her into his house. All these time, Celie had been fascinated by photos of Shug she found in Mister's belongings. Shug is rude to her at the beginning. Mister's father never likes her and questions about the father of her three children but Mister strongly assures that he is their father.

As time passes by, Sofia feels tired of Harpo who only interested in taking control of her. She moves out with the children and lives at her sister's house. After Sofia moves out, Harpo builds a juke joint. It doesn't attract many customers at the beginning until Shug Avery starts singing there. Shug wants to leave after the full recovery but when she knows Mister will beat Celie after she leaves, she decides to stay.

Sofia returns to the house for a visit but ends up in a fight with Harpo's new girlfriend, Squeak. In town one day, the mayor's wife, Miss Millie approaches Sofia, the prizefighter, and their children. After counting and examining the children, Miss Millie asks Sofia whether she can be her maid. Sofia straightforwardly refuses and says "Hell no". When the mayor daring her to repeat herself, Sofia repeats the same words and the mayor slaps her. She knocks the mayor onto the ground with her fist. The police quickly arrive at the scene and brutally beat Sofia. She experiences a cracked skull, blind in one eye and her face rendered nearly unrecognizable. Sofia is subsequently sentenced to 12 years in jail.

Squeak, Sheriff Hodges' illegitimate niece, attempts to blackmail the sheriff into releasing Sofia, resulting in her being raped by the sheriff. Sofia eventually gets released and begins working for Miss Millie, which she hates.

On a Christmas day, Shug comes back with her new husband, Grady. Once she introduces him as her husband, Celie has an instant dislike to him. One night, Shug asks Celie about her sister. She helps Celie recovers letters from Nettie that Mister has been hiding from her for decades.

"It's worse than unwelcome, said Samuel. The Africans don't even see us. They don't even recognize us as the brothers and sisters they sold."

According to the letters, Nettie befriended a missionary couple, Samuel and Corrine, the well-dressed woman that Celie saw in the store, whom Nettie eventually accompanied to Africa to do missionary work. Samuel and Corrine have unwittingly adopted Celie's son and daughter (by Celie's father), Adam and Olivia. Corrine, noticing that her adopted children resemble Nettie, wonders if Samuel fathered the children with her. Increasingly suspicious, Corrine tries to limit Nettie's role in her family.

"We love them. We try every way we can to show that love. But they reject us. They never even listen to how we've suffered. And if they listen they say stupid things. Why don't you speak our language? they ask. Why can't you remember the old ways? Why aren't you happy in America, if everyone there drives motorcars?"

Through the letters, Nettie shares her experience of missionary work and stories of different places that she had traveled with the family. Eventually, Samuel reveals that he thought Nettie is the children's mother which leads Nettie to ask him how he adopted the children. Based on his story, Nettie realizes that Pa is not their biological father and their mother suffered a mental illness before her death.

Nettie reveals the truth to Samuel and Corrine but Corrine refuses to believe her until Nettie reminds her of her previous encounter with Celie in the store. Meanwhile, Celie visits her stepfather to confirm the story. After knowing that Mister has been hiding her sister's letters, Celie decides to leave him along with Shug and Squeak. Celie puts a curse on him before she leaves.

Celie settles in Tennessee and soon earns her own living by sewing pants. Celie returns home to attend Sofia's mother's funeral. Sofia tells Celie that Mister has changed dramatically since she left. His life was devastated at the beginning but slowly recovering after under Harpo's care.

Celie's stepfather dies and the land passes to Celie and Nettie. Around this time, Shug falls in love with a nineteen-year-old boy, a member of her band. Celie feels heartache with the news. Shug leaves her and travels with Germaine but Shug still continue sending postcards to her.

Albert proposes to Celie but Celie declines and prefers to continue to be friends. Just after Celie realizes that she is content in her life without Shug, Shug returns, having ended things with Germaine.

The end of the novel has Nettie, Samuel, Olivia, Adam, and Tashi arriving at Celie's house. Nettie and Celie embrace, having not seen each other for over 30 years. They introduce one another to their respective families as the novel ends.

How ironic it is when Celie wants to become Sofia and Sofia changes herself to become Celie in order to survive in the prison. To be honest, I really loved this ironic part because sometimes, there is no right or wrong in your life and you have to act according to the situation. Sometimes, no matter what choices you've made, you still experience what you're experiencing, no lesser or better. You just need to choose which one that you feel more as you or more comfortable to live with it.

I can't stop reading this book and keep imagining Whoopi Goldberg's voice when every time Celie speaks. I've never watched the movie but the character really suits her. It really sounds like how she talks.
It was a very touching ending and I bet I will shed some tears when I watch the movie. This story has a lot of deeper meaning about life and God than what I thought. My favourite part is the time that she spends with Albert. They spend their time thinking about old times, talking about religion, questioning their life and they do sewing together. It's a very beautiful turning point as if you are aging with them and witnessing the scene.

It's beautifully written and brings such a strong emotional impact on the readers. Initially, I was hesitant to read this book, judging by how miserable everyone's life after reading the synopsis. Well, the story offers more than that - positive thinking, courageous, fighter, hopeful, religious and mostly, faith.

Also, please spend some time with the special preface by the author. It's definitely worth a read before you begin reading the book.

Rating: ★★★★★
More reviews can be found on Goodreads: The Color Purple.

The narrator, Nishimura begins his story by sharing the memory of his…