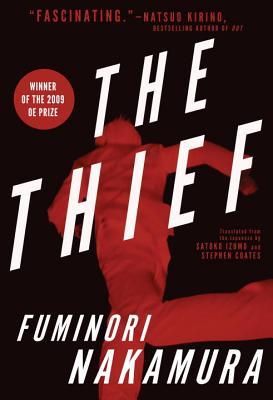 The narrator, Nishimura begins his story by sharing the memory of his mistakes and guilt when he learned his pickpocket skill as a kid.

The narrator explains how he targets his victims and picks their wallets without them knowing it. The people in his line of work needs to blend in with branded clothes to look prosperous in order to avoid suspicions. Sneakers will be the best shoes to run away from the crime scene as fast as he can. The ideal movement of removing a wallet from a pocket is not only a matter of the angle but speed as well. A wallet also can reveal a person's personality and lifestyle.

The narrator shares several stories which related to his mentor or former partner in crime, Ishikawa. One day, Nishimura witnesses a shoplifting scene which involves of a mother and her son. He warns the mother when he saw a woman in a navy coat has spotted them. Although the mother leaves the shop in frustration, she passes her business card to him with the club's address and her cell phone.

Kizaki, a local kingpin has requested Ishikawa to ask Nishimura to join the armed robbery. Ishikawa has no other options as he can't leave his current business because Kizaki kills anyone who leaves him. The armed robbery involves of tying up an old rich man and stealing the contents of the safe. Nobody should get hurt to avoid the police's involvement.

Nishimura is shocked when he later learns that the old rich man is murdered on the night of the burglary and he is a politician. The following day, other politicians and company president were killed, committed suicide or resigned.

At the current stage, he's taking the risk by returning to Tokyo, hoping that he will hear any news about Ishikawa after the robbery. What will happen if Kizaki found him in Tokyo?

I've never given much thought about pickpockets but this book provides a lot of details about it as if the author is an expert in this field. I feel really amazed with the art of pickpocketing. It involves angles, speed, the movement and using two to three fingers but not the thumb.

I'm not surprised that there weren't many people will enjoy reading this book. If you are looking for an action thriller story, this book is not suitable for you. This is a dark story which triggers a lot of questions and deeper thoughts about pickpockets and life. Somehow, this book probably can be a great biography of a pickpocket.

After reading this book, I have more questions about fate as well. Is your fate controlled by someone more powerful than you or yourself? Or someone controlled by your fate? Is fate really a relationship between the strong and the weak?

The ending is an ambiguous one. I used to hate ambiguous ending but if you have read some Japanese novels before or probably any sad survival stories similar to Khaled Hosseini's novels, I think you would prefer to use your imagination for the fate of the characters.

Rating: ★★★★
More reviews can be found on Goodreads: The Thief.

"Well, I say, we all have to start somewhere if us…